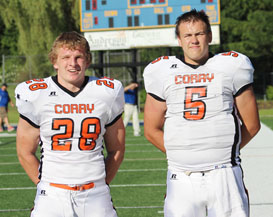 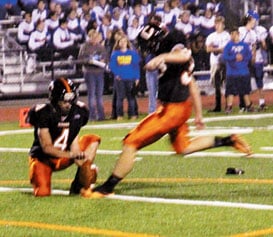 All three will play in tonight’s Save-An-Eye football game in Erie.

The Lions Club Save-An-Eye football game has been a “family affair” for many.

For Corry’s Ryan Morris, his father Keith played in the game, as well as his grandfather, Al Wood (for Wattsburg in 1965).

But how about the Kubiak family.

Former Corryite Bob Kubiak played for Cathedral Prep and in the senior all-star game in 1944.

Bob’s son, Dennis Kubiak — a Corry High School graduate — played in 1973 before going on to play football at Hobart College.

Topping it off, Dennis’ son, Dan, played at General McLane and in the 2002 game. That spans a total of 58 years.