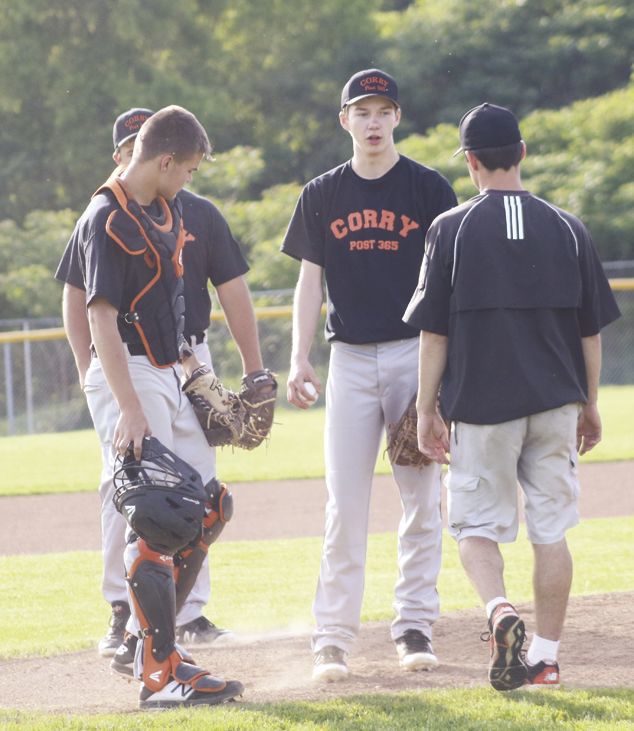 Corry coach Mike Soprano goes to the mound to talk with pitcher Lucas Nichols and the Post 365 infielders. 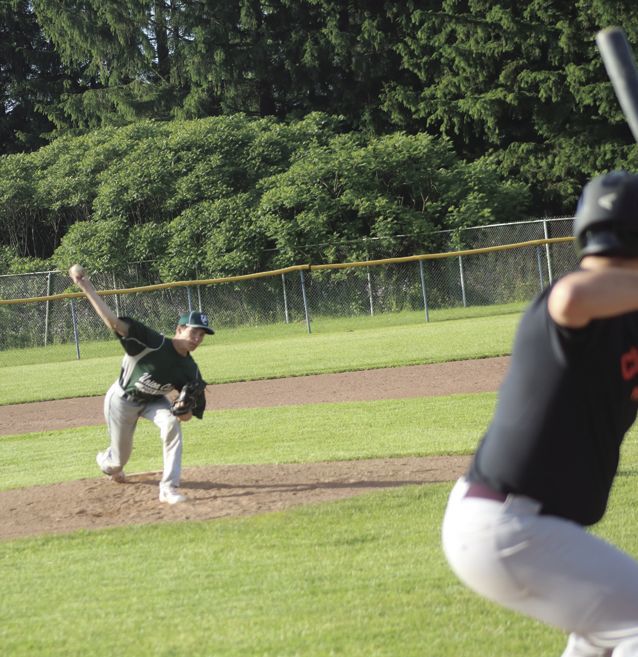 UNION CITY — Corry Post 365 went against a strong Union City Post 237 team that included most of its high school team.

In Friday’s Senior American Legion game, UC jumped ahead 3-0 in the first. But Corry plated seven runs in the top of the second and went on to win, 11-6.

“We realized it had been weeks since Lucas threw off a mound so we knew he was going to figure it out and he did,” admitted coach Mike Soprano.

Nichols pitched the next three innings not allowing any hits, not walking any and only giving up two more singles.

Corry backed him up in the second sending 12 batters to the plate and scoring seven runs on four hits. Woody Sherwood, Eli Carey and Trey Redrup combined for five RBI as the visitors regained control of the game.

In the fifth inning, Corry made the move to go to Redrup on the mound and basically repeated the first inning struggles, Soprano noted. Redrup, with no help on close pitches, walked four batters and gave up three runs.

“Again we knew after Trey warmed up he would settle in and pitch like himself,” claimed Soprano. “In the last two scoreless innings, Trey struck out three and only allowed one more hit.”

Carey ended up 2 for 5, Redrup with a single and two walks, plus his two RBI in the second.

Reagan James was 2 for 3 and drew a pair of walks. Lucas Dyne also walked twice.

Sherwood’s two-run single in the second made it 7-3.

Nick Brundage had a single and RBI, Nichols with a single. Nate Lesher walked once.