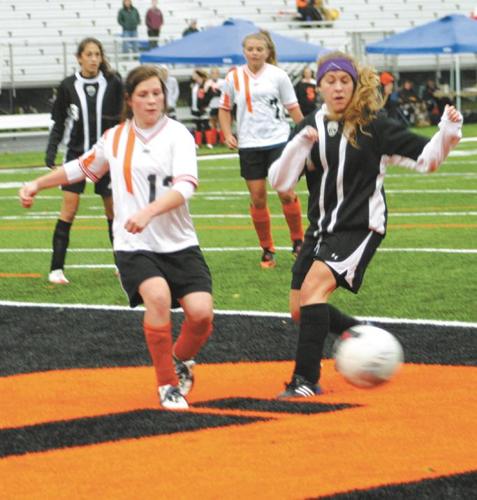 Corry’s Megan Goska watches a shot on goal in the second half of yesterday’s home match versus Central Tech. Journal photo by R.L. McCray 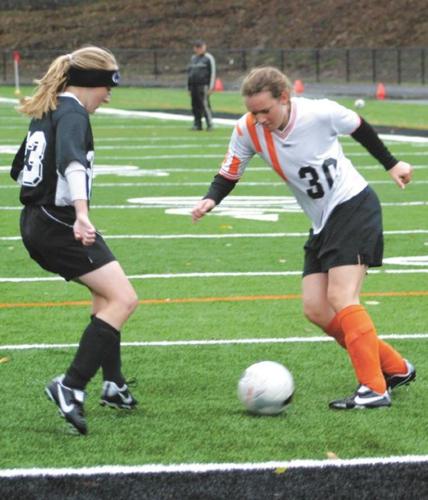 Thea Weibel (30) moves in toward the goal. Journal photo by R.L. McCray

Corry’s Megan Goska watches a shot on goal in the second half of yesterday’s home match versus Central Tech. Journal photo by R.L. McCray

Thea Weibel (30) moves in toward the goal. Journal photo by R.L. McCray

Fit to be tied.

Corry’s girls soccer team figured to register its third win yesterday at home against Central Tech after the Lady Beavers had won the earlier match in Erie.

Playing in cold conditions, Corry scored early in the second half only to have Central tie it and it stayed that way through two overtimes, resulting in a 1-1 deadlock.

Thea Weibel broke the scoreless tie with a goal for host Corry.

Central scored against Shelby Liller with 11:40 left in regulation.

“The girls worked hard to get this game in the win column but we came up short,” coach Gary Hogue stated. “We completely outplayed them on offense.

“We tripled their shots on goal but some how managed to let them keep the game close,” he claimed. “We are going to practice hard to get ready for General McLane.”