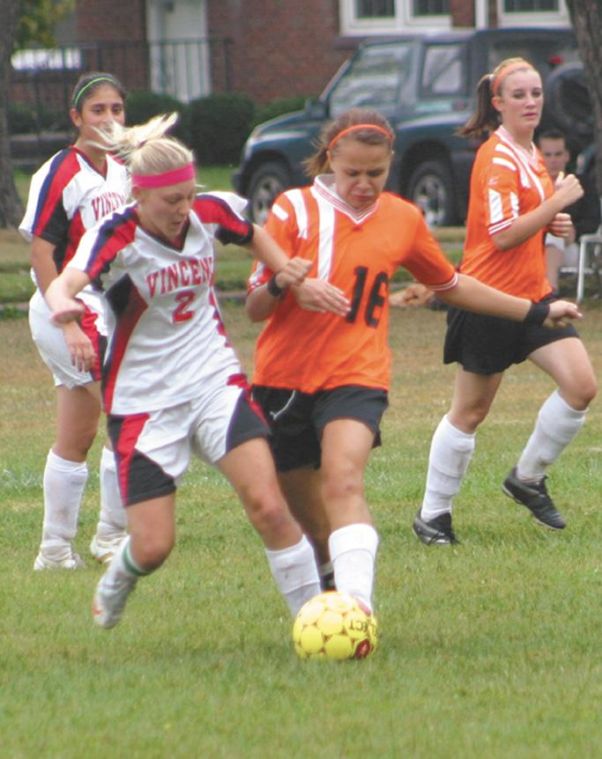 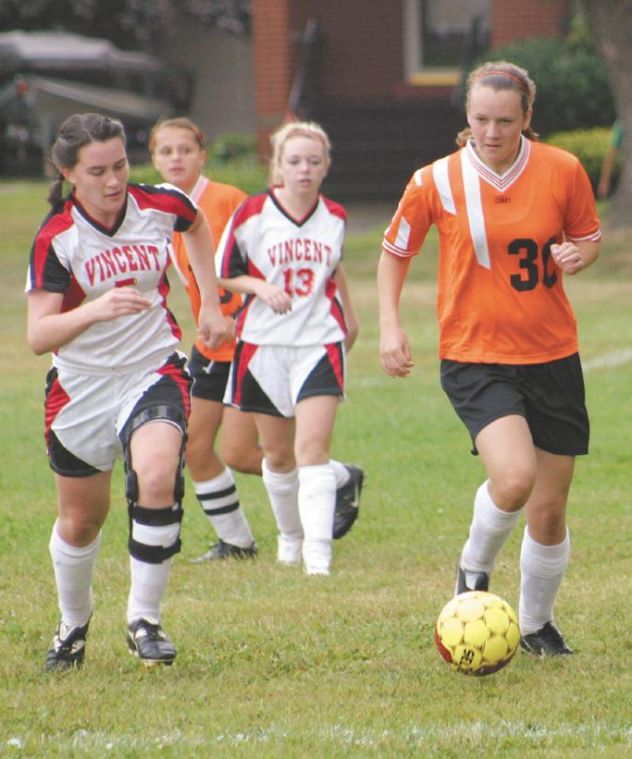 Thea Weibel moves the ball down the field. 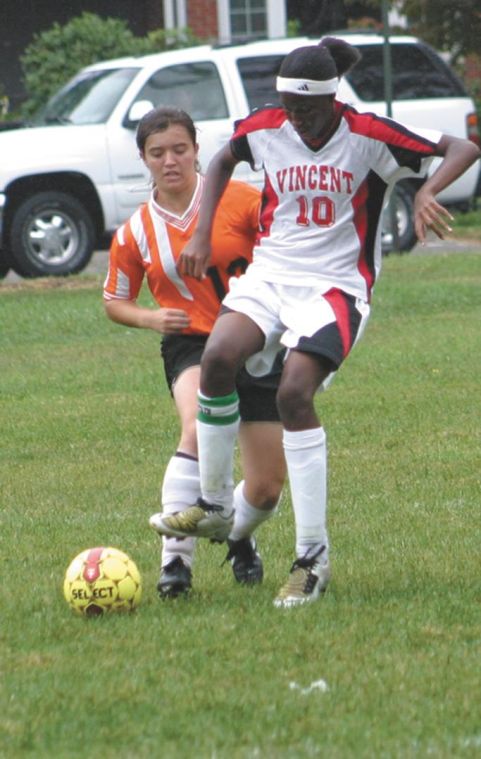 Beaver Shelby Liller tries to get the ball from Vincent standout Morgan Patterson in the first half.

Thea Weibel moves the ball down the field.

Beaver Shelby Liller tries to get the ball from Vincent standout Morgan Patterson in the first half.

ERIE — Corry played Strong Vincent even for 16 minutes yesterday in a Region 4 girls soccer match at the Hamilton School Field.

Then Vincent turned on the power.

Vincent scored five goals in the next 15 minutes before inserting its reserves as the Lady Colonels defeated the Beavers, 6-0.

The Patterson sisters — Morgan and Megyhan — were again tough to stop. Taller than most players, they controlled the midfield and combined for three goals. Emily Kessler scored twice for the hosts, once in each half.

Kat Pope played keeper in the first half for Corry, Shelby Liller taking over in the second half.

“We were constantly on the defensive.

“We hope to bounce back against Bradford,” he said of tomorrow’s match, varsity starting at 4 p.m.