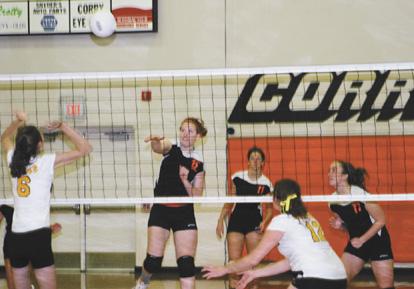 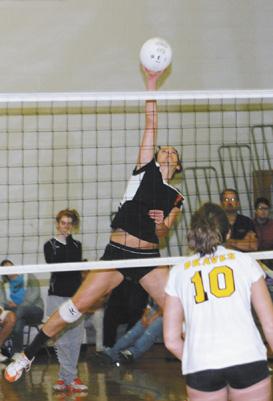 Corry and Iroquois played a marathon match last night — just in one game.

The visiting Lady Braves won out in four games but it was game two that stole the thunder.

“I was very proud of the girls in game 2, after losing the first game, we played the longest game of the season,” noted coach Kelly Goodsel. “That is the longest game I’ve been associated with and was very fun to coach and watch.

“I am guessing for the girls that this is a game that they will remember for quite a while,” he claimed. “With the score tied 24, we fought off six game-point serves to get to 30-30 and then, on two key serves by Molly Jordan, we were able to put the game away.

“I thought Iroquois’ float serves were very effective and our passes just weren’t on target as much as they have been in the last few matches,” Goodsel reported. “Poor to average passing results in our sets almost always going high and outside, which gives the defense time to set up and typically results in a dig and an offensive attack for the opposing team.”

Kristen Dennis and Jordan did a nice job setting with nine and eight assists, respectively.

“Defensively we continue to improve with 69 total digs,” noted Goodsel. Tabitha Jaggi had 18, Sammi Mitchell with 15 and Shana Merkle 11. Sophomore Karlie Bailey had some key plays on the right side with three kills and two assists.

“We played another competitive match with Iroquois, our serving and hitting were too much for them,” said coach Danielle Bailey.

“It wasn’t our best match this year, but we are glad we got the victory,” said Bailey.

The busy week continues with a game at Fort LeBoeuf on Thursday. The 1st annual spaghetti dinner fundraising is Friday in the high school cafeteria from 4:30-6:30 p.m.