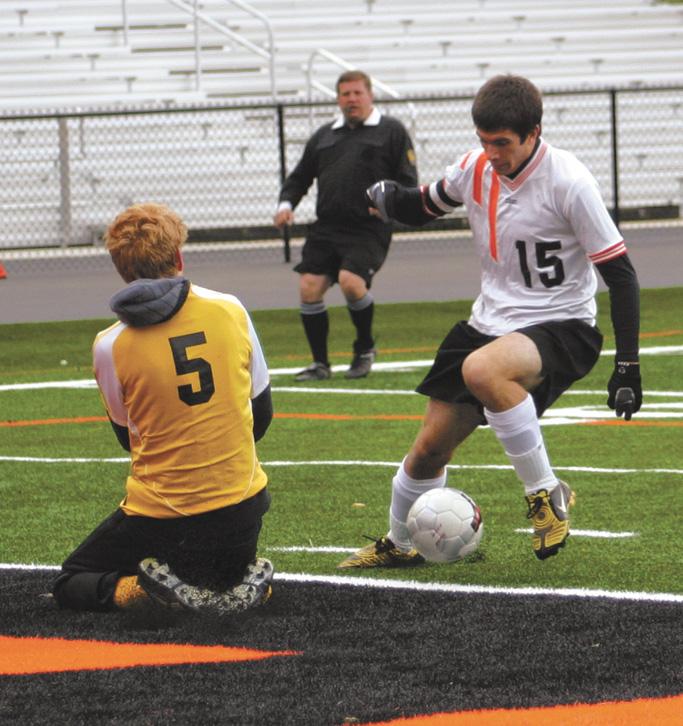 Corry senior Dave Hajec (15) moves the ball around the Maplewood goalie. Hajec had three goals in an 8-0 victory. Journal photo by R.L. McCray 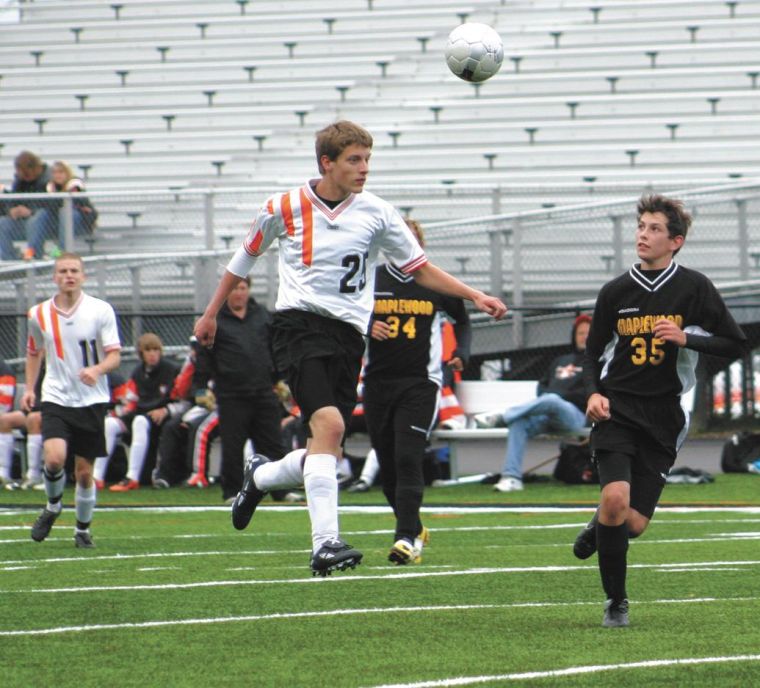 Corry senior Dave Hajec (15) moves the ball around the Maplewood goalie. Hajec had three goals in an 8-0 victory. Journal photo by R.L. McCray

It may have been cold and windy and spitting rain, but you won’t hear many complaints from Cory’s boys soccer players about playing for the first time on the new — and fast — surface at Howard J. Sheen Field.

The Beavers scored five goals in the first half and went on to win 8-0 over the overmatched Maplewood Tigers in Region 2 action.

Dave Hajec, who also plays football at the new facility and later will run in track, scored a hat trick for Corry, now 3-3-1 overall.

David put Corry up 1-0 on a pass from brother Andy Hajec 11:05 into the contest.

The Beavers went up 3-0 as David Hajec connected from 35 yards out when the Maplewood keeper came way out from the net.

Andy Hajec and Shawn Wiler had the other goals in a match slowed several times due to injury.

"It was nice to get all 26 players in this game on the new turf,” reported assistant coach Mike Schrecengost.