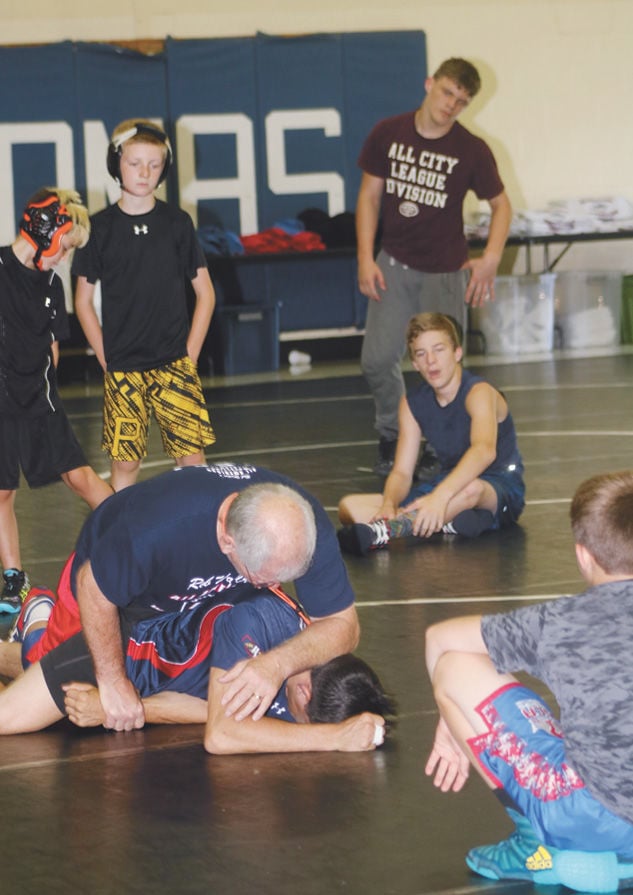 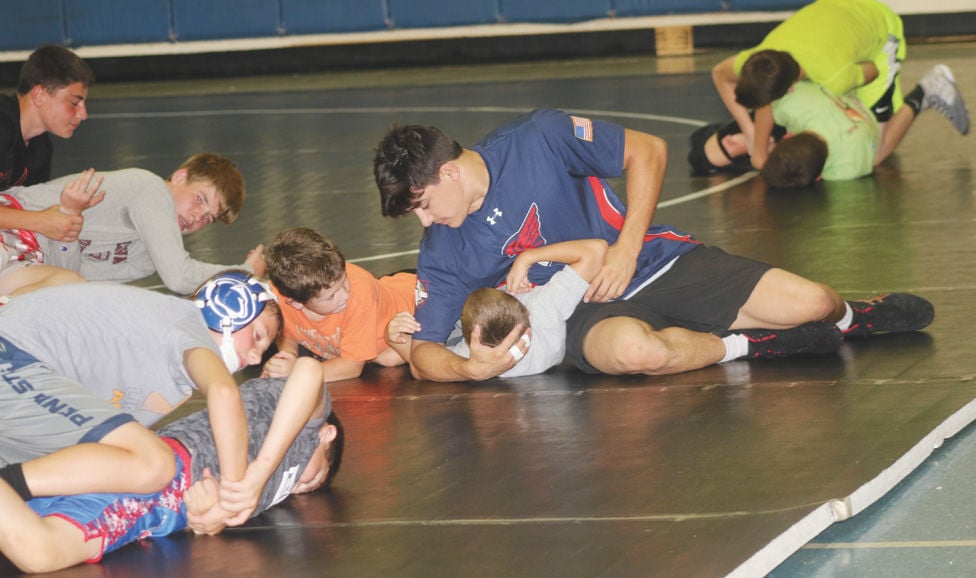 Two All-Americans were on hand for Thursday’s Rob Waller wrestling camp at the St. Thomas gymnasium. 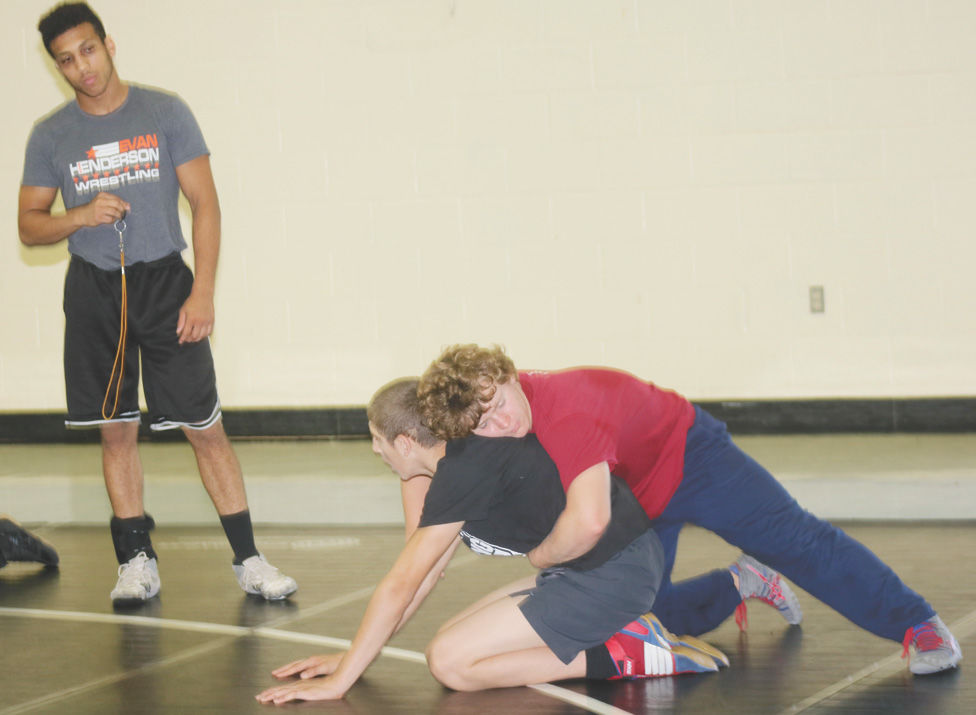 Several Corry wrestlers have been learning from some of the best this week at the Rob Waller All-American Camp held at the St. Thomas gymnasium mats.

Assisting on Thursday were Chris Eddins, a 2018 national champion at Pitt Johnstown, and Mike DePalma, an All-American at Kent State and now an assistant coach at Edinboro University under new head coach Matt Hill.

DePalma wrestled for Edinboro from 2011-13 before transferring to Kent State compiling a 76-48 record while wrestling at 149 pounds. He capped his career with an All-American performance (fifth place) going 6-2 at the 2016 NCAA Division I National Championships.

After graduating from Kent State, DePalma has spent the last two years as a resident athlete at The Ohio State University Ohio Regional Training Center.

Campers had two sessions for each of the five days. The Corry Kids Wrestling Club provided lunches.