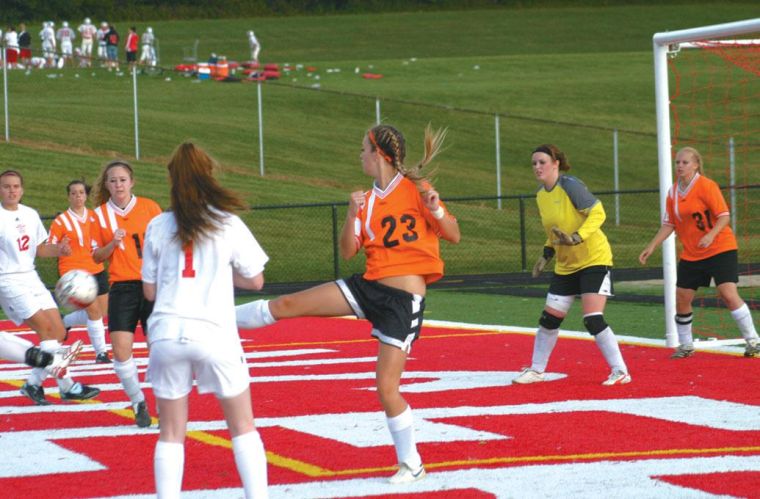 Corry’s defense was under heavy attack in the second half of yesterday’s game at General McLane. Jaushlynne Anderson (23) clears the ball as keeper Kat Pope and Sarah Zaczkiewicz guard the goal. 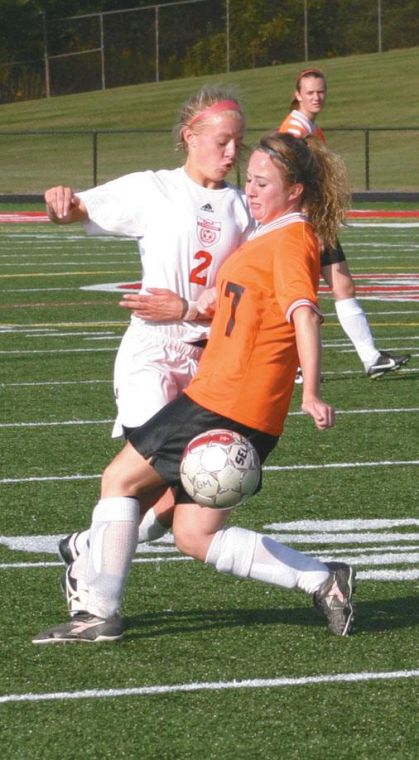 Corry’s defense was under heavy attack in the second half of yesterday’s game at General McLane. Jaushlynne Anderson (23) clears the ball as keeper Kat Pope and Sarah Zaczkiewicz guard the goal.

EDINBORO — Corry’s girls found out that there are two halves to a soccer match.

The Lady Beavers were outstanding in the first 40 minutes at General McLane yesterday, playing to a 0-0 deadlock at halftime.

But McLane registered four goals after the break and won the Region 4 contest, 4-0.

“This was a big improvement from last year’s game,” said coach Gary Hogue, Corry losing 12-0 at GM in 2008. “Our defense was amazing.

“Rachel McCray had her best game of the season,” he noted. “Kat (Pope) recorded 24 saves.”

Most of them were from in close.

McLane’s Roberta Alberts snapped the scoreless match with a goal at 33:59 on the second-half scoreboard.

“Our junior varsity fought hard in a close game, as well,” said coach Hogue. “Our confidence is up going into tomorrow’s game against Iroquois.”