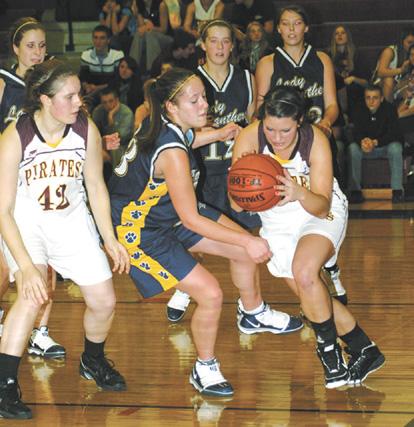 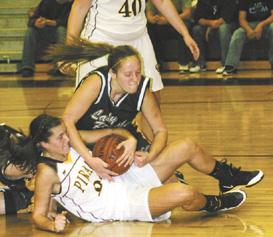 CLYMER, N.Y. — It’s a whole new season but Clymer girls basketball team looks a lot like its old self.

“We felt it was important to get off to a good start,” reported coach Dennis Hinsdale, coming off a 22-1 season that ended in a loss to Sherman.

“Although we didn’t shoot very well in the first half, our defense played stout and created a lot of scoring opportunities,” he noted. “Once the nervousness got burned off, we settled down and played our style of game.

“It was a good starting point for us as we did some things exceptionally well and we found some deficiencies we need to work on,” Hinsdale admitted.

Sydney Bennink and Andrea Lictus had two baskets each in the opening quarter as Clymer went ahead 16-8. It was 30-12 at the half, Bennink hitting for eight points and Lictus six in the second stanza.

Five girls had baskets in a 10-point fourth quarter.

Mallory Deuink and Rhodes both contributed five steals and three assists. Bentley and Bennink had four steals each as the Pirates, who won their 21st straight regular-season game over a two-year span.

“It was a physical game, which I expect most of them to be,” said coach Hinsdale. “We stood up well to that. These girls are eager to learn, work hard and improve. This gives us a good starting point.”

Clymer next will host Panama (0-2) on Friday night.