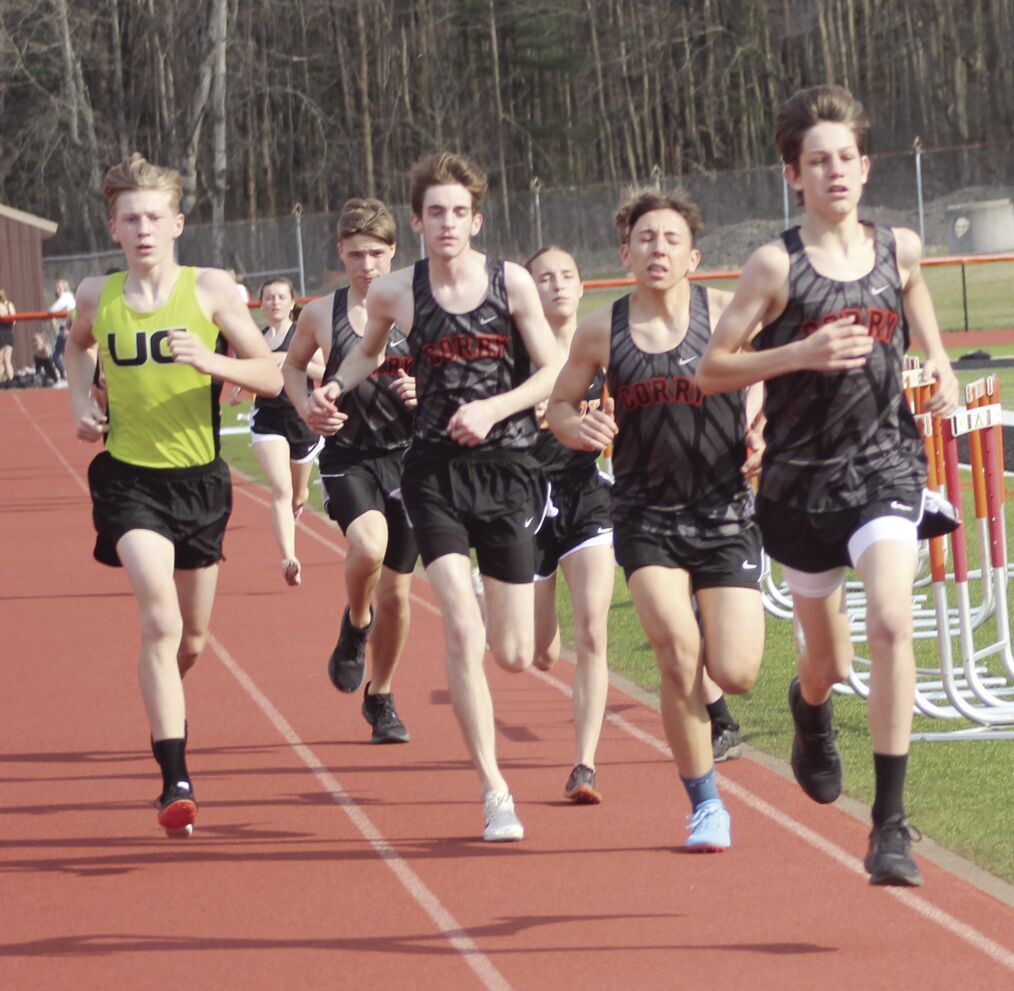 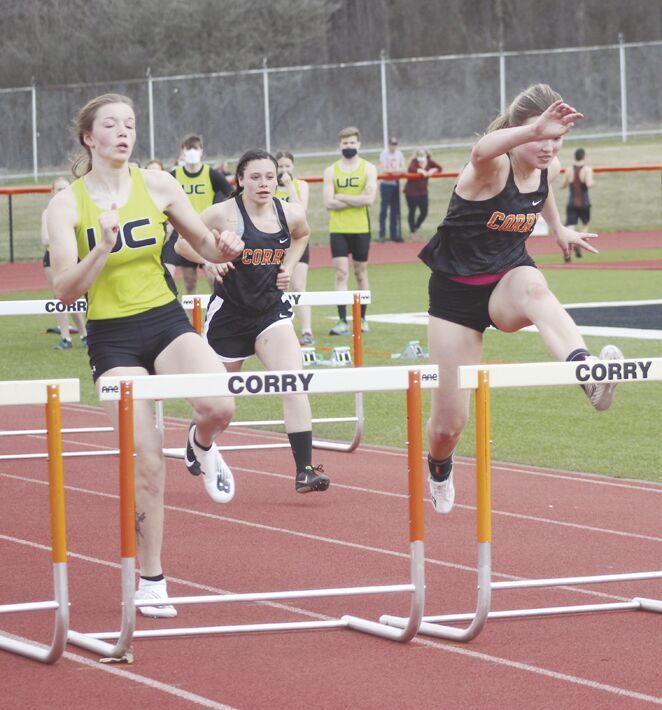 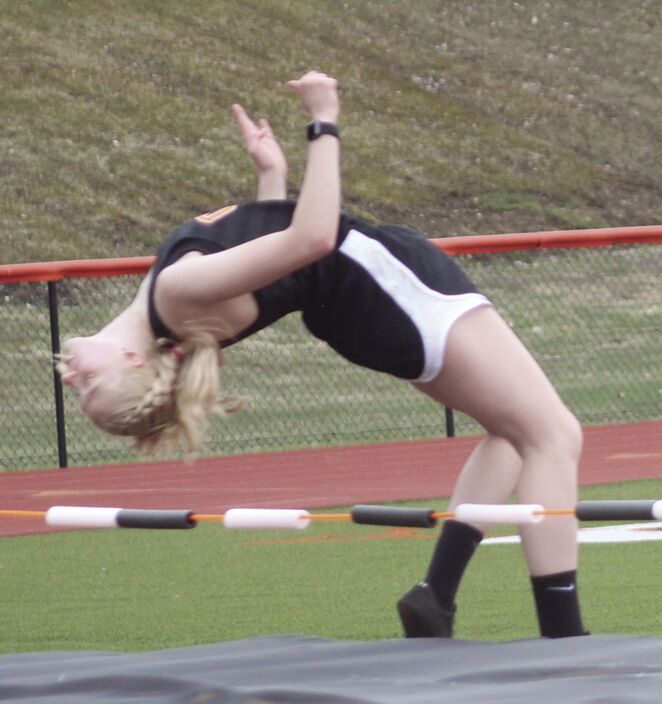 It was a beautiful Tuesday for a track and field meet at Sheen Field.

"Conditions couldn't have been better for our home opener against Union City," said Corry boys coach Matt Cragg after a 134-14 win over the undermanned Bears.

The Corry girls also improved to 2-0 on the season with an easy 118-28 victory over visiting Union City.

"Our depth paid off again with victories in all three relays," noted coach Ryan Kelly.

Freshman Haeleigh Bayle had a phenomenal day with personal best times and second places in the 1600 (5:48.74) and the 800 (2:35.24).  Rachel Brady also finished in the top three in all three of her events (second in the javelin, third in the shot, third in the discus).

"The girls battled well in the warm conditions," claimed coach Kelly. "They continue to work hard at practice and show improvement every day."

Back to the boys.

"I was very pleased to see our kids come into this meet focused on their goals given that they have been off all weekend on Easter break," said coach Cragg. "We are starting to make individual improvements with a lot of our athletes.

"Despite Union City's low numbers, it did not hold back the boys from going out there and competing," he admitted. "Next Tuesday will be a true test when we take on Warren at home."

Union City's lone first went to Zach Beckwith in the 400.