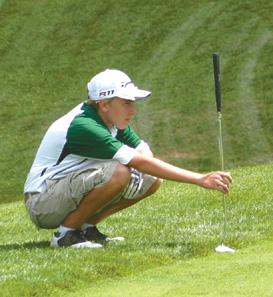 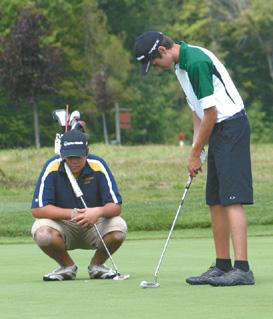 Saegertown took first place with a total of 351 strokes, winning a tie-breaker with Cambridge Springs that went down to the sixth golfer.

Troy Jackson had the low round for the Bears carding an 86. That was three strokes better than lefty Matt Lowther.

The lone senior, Evan Dougherty, posted a 98 with Nate Bailey in at 99.

Trevor Rodgers of Cambridge was the medalist with an even par 72, including four birdies. Saegertown’s Josh Gionta was second best with an 82.

Union City’s boys have another region match Thursday at Oakland Beach, hosted by Conneaut which is now the merged schools from Linesville, Conneaut Lake and Conneaut Valley.