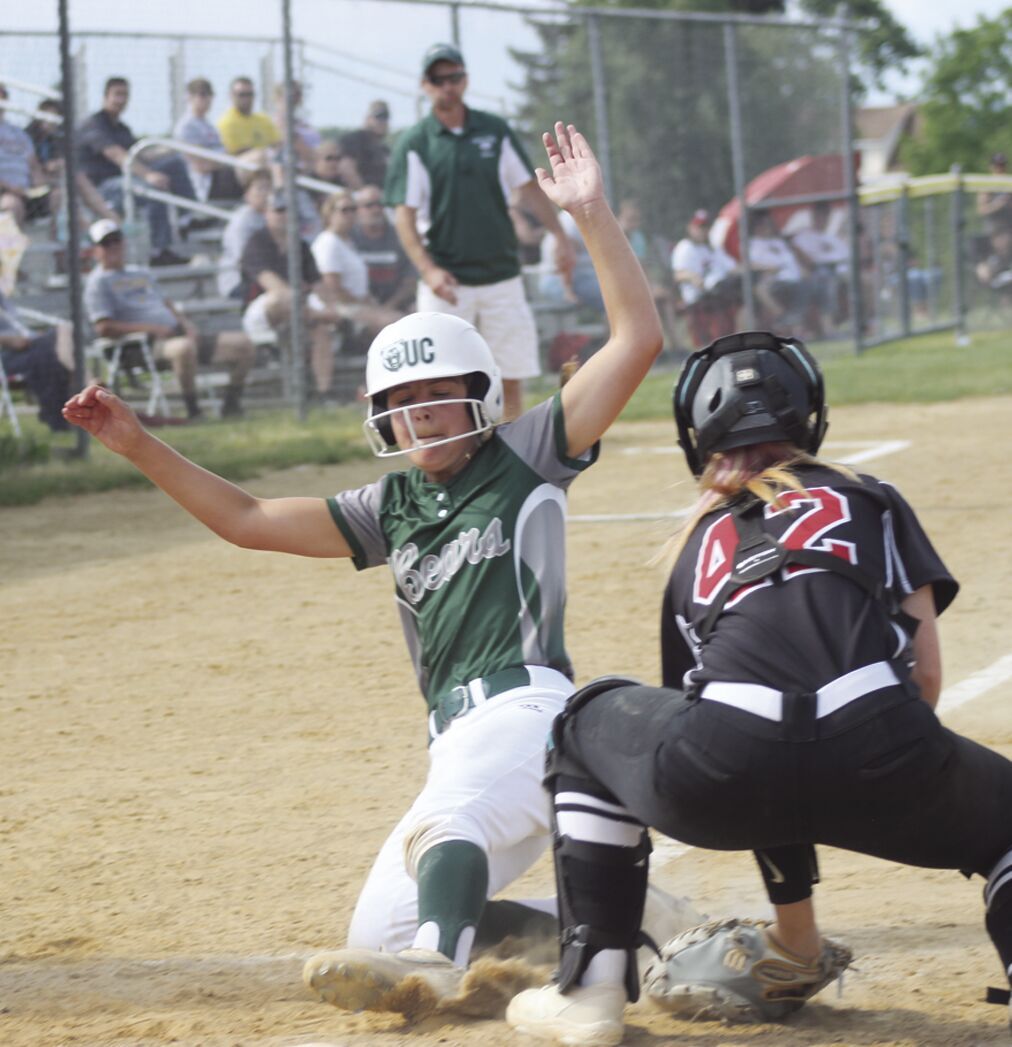 Eliza Reynolds begins her slide to score a run in Union City's 9-0 PIAA playoff victory over Moniteau on Monday. 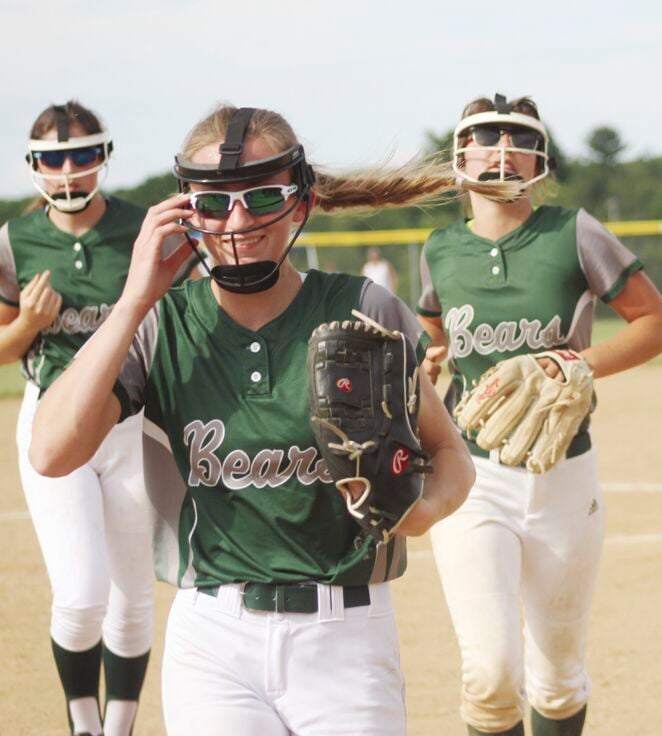 UC pitcher Abby Tingley, center, is all smiles as she jogs off the field with teammates Lucy Higley, left, and Eliza Reynolds.

For years, the Union City softball team has sometimes been called "Jerry's Kids" after its head coach, Jerry VanZandt.

The Lady Bears also might be called "Sister Act."

That's because two sets of sisters have been major players in the team's success this season.

Eliza and Cathryn Reynolds, plus Emylee and Cyaira Zielinski, have been stalwarts helping the team to a 21-1 record.

UC is coming off a 9-0 win over D-9 champ Moniteau, a game in which Abby Tingley pitched a perfect game until she gave up a hit with two outs in the seventh. Senior Eliza Reynolds, an all-star basketball player, drove in three runs and scored three times. Cathryn Reynolds scored twice as did Emylee Zielinski while Cyaira Zielinski drove in two as did Sydney Gilbert.

At the plate, Union City is batting .420 as a team with 15 home runs. Eliza Reynolds and Cyaira Zielinski both have three HRs while Gilbert, Tingley, Lucy Higley and Sophia Messenger each have two.

Gilbert leads the squad with 34 runs batted in, one more than Eliza Reynolds and Cyaira Zielinski. Emylee Zielinski has 27 RBI, Higley with 20.

In the field, UC has a team percentage of .981 with just nine total errors. Fielding 1.000 are Cathryn Reynolds, Higley, catcher Jordyn Brozell, Tingley, Gates-Bowersox and Gilbert.

But what about Laurel?

"They have hitters, no doubt," said assistant coach Mike Schrecengost. "They have a 6-foot pitcher who throws hard, but does walk people. She has a good rise ball.

"They are a young team with just two seniors, they do well in District 7 but not so well at the state level," he noted. "We may want to play small ball.”

That means bunting, but avoiding the high pitches.

"We are the more athletic team, we have more speed," claimed Schrecengost.

Laurel was a 6-0 winner over Frazier in Monday's game that was delayed 95 minutes by rain.

Kaylee Withrown went 2 for 4 with two RBI while Franklyn Duddy and Addie Deal each had two hits.

Laurel rolled to a 15-4 win over Frazier in the WPIAL semifinals. Autumn Boyd pitched that game but coach Frank Duddy elected for a change at pitcher for the state playoff matchup.

Prior to the 2A game, there's a 1A game at noon featuring Cambridge Springs against West Greene.