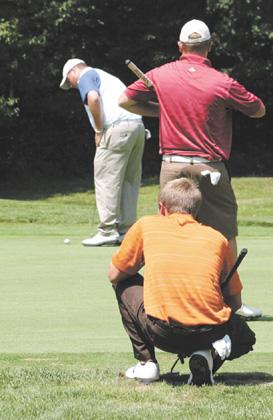 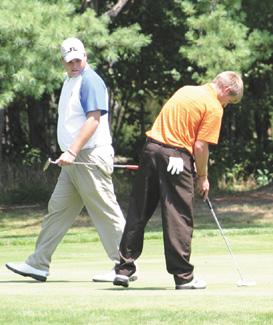 MEADVILLE — After two rounds at the Corry Country Club over the weekend, Corry’s Mike Frisina and Greg Gurdak, plus CCCer Matt Ferrie, went against the best from a large region at the U.S. Amateur Sectional Qualifier at the Meadville Country Club.

Only the top two scores advanced to nationals set for the last week in August in the state of Washington.

There were players from Scotland, Canada, Ohio and New York. Frisina played with a golfer who is a member at Oakmont Country Club.

The winner — Jason Scrivener — was from Australia, shooting 68 and 65 for 135. Bryson Paolini, from Duke University, placed second with a 136 total.

Frisina got off to a rough start on the first hole of both rounds. He admitted that you can’t have penalty strokes at this level of competition and stay near the top of the field.

Frisina has one week left in his internship at Winchester Country Club in Virginia.