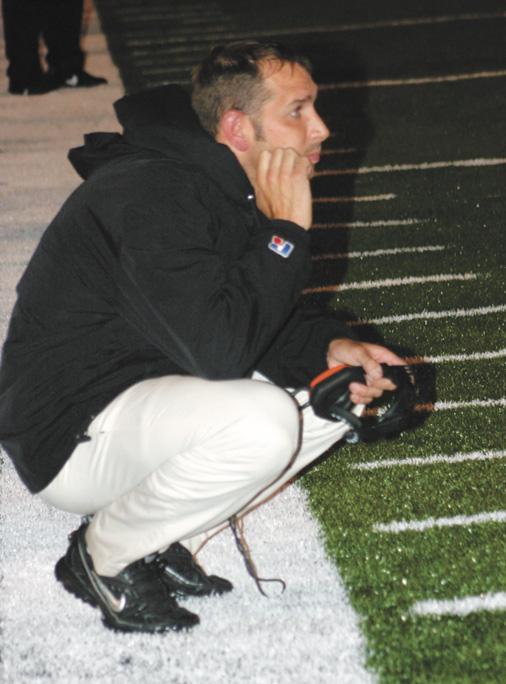 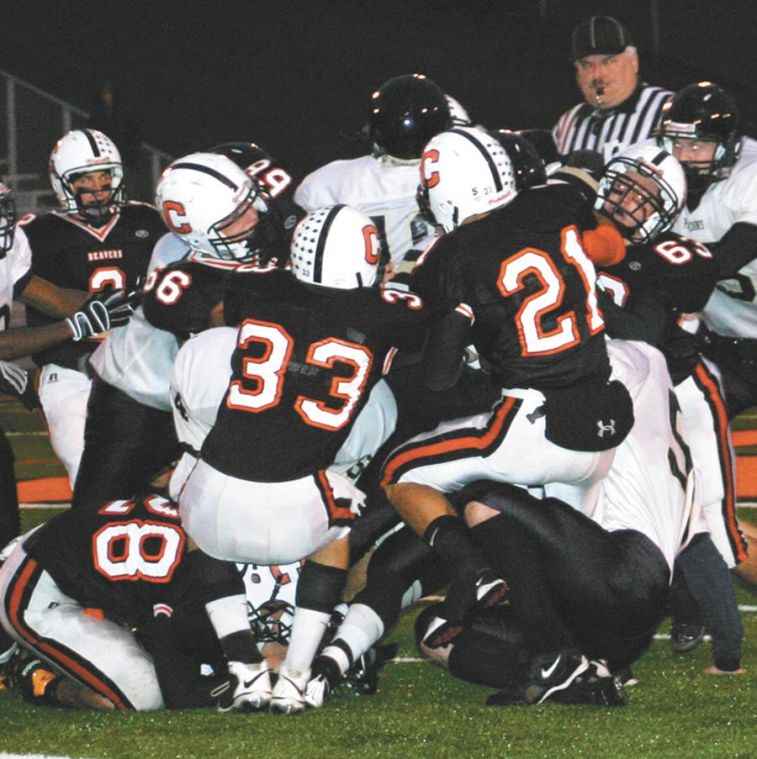 Tonight’s first few minutes will probably tell the tale on the outcome as Corry puts its 5-0 record on the line against two-time district champ Strong Vincent, kickoff set for 7 p.m. at Erie’s Veterans Stadium.

“Their three victories have been 157-6, and their two losses are to probably the two best teams in District 10,” said Corry coach Homer DeLattre. “They may be the third best team in the district.

“They are one of the best football programs in the district,” he said, noting Vincent has won three of the last five D-10 titles. “And they have gone deep into the state playoffs many times.

“If we win our next two games and win the region, we’ll likely end up playing Vincent again in the postseason,” said DeLattre. “So this is an important game for us and a measuring stick for our program, but the big picture is we are not winning a championship tonight even with a win.

“Our focus is still one game at a time, try to win every football game, whether we are the underdog or whether we are favored,” he stated. “We are staying healthy, we had to adjust our schedule with the Thursday game.

“These last five games are so important, it’s great to be 5-0 but to be where we want to be we have to win the next two games (after tonight),” said DeLattre, referring to games versus Grove City and then Warren.

The keys to victory are playing mistake free on special teams, eliminating turnovers and the big play.

Vincent is quarterbacked by Steve Uplinger who has thrown five touchdown passes. The Colonels feature perhaps the best defensive lineman n the district, according to DeLattre, in 6-foot-6 and 300-pound tackle Emmanuel Wells.

Corry QB Scottie Frisina has thrown for 1,055 yards, including 15 touchdowns, while rushing for 316 yards and seven TDs.

The Beavers are averaging more than 41 points per game while yielding 44 points in five games.

“Vincent is a big, fast team, they rely on the big play,” said DeLattre. “We have to shut down the cutback lanes. We can’t turn it over and give the extra chances to score. Last year we had two turnovers and punting problems (a 47-0 loss).

“We’ll try to mix it up again, we’ll spread it out, we want to keep them guessing with different tempos,” he said. “The biggest thing is for us to weather the storm early in the game, they are the home team, they’ll be fired up coming at us thinking they will dominate us.

“The start of the game, the first 6 or 8 minutes, will be crucial to our success or not our success,” he said. “I’m looking for a good support group at the game.”

DeLattre noted that Justin Miller had his third straight game (versus Central) with at least 10 tackles. “Overall, our entire defense is just in tune to what is going on,’ he stated. “The secondary is doing a great job, we have more interceptions than years in the past. It’s a total team defensive effort, it’s all come together."