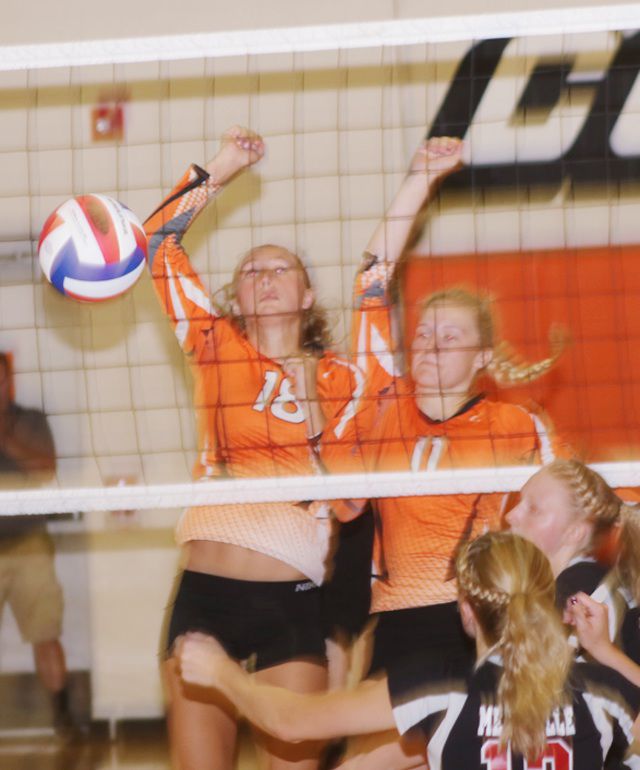 Corry’s Ryann Brundage (18) and Haley Kurelowech (11) score a point at the net during the regular season. The two juniors made the all-state volleyball team. 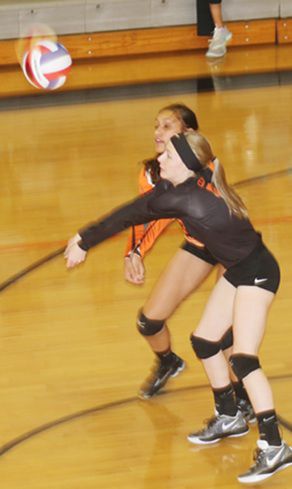 Corry’s Ryann Brundage (18) and Haley Kurelowech (11) score a point at the net during the regular season. The two juniors made the all-state volleyball team.

This was frosting on the cake.

This is the fourth straight season that the Lady Beavers have been represented.

“I am so excited and proud that each of these young ladies received so much postseason recognition, all-region, all-district and now all-state,” claimed coach Kelly Goodsel.

“We talk a lot about culture in our gym,” he said. “Part of that discussion is, if the team succeeds, the individuals will get recognized. To be clear, four individuals received recognition, but the team helped them achieve the accomplishments.

“Summer camps, open gyms and tough competition by the teammates all season is what makes the individual better,” Goodsel noted.

There are 45 girls on the dream team with no first, second or third teams designated.

Several girls that Corry went against in the playoffs are also on the all-state list.

In Class AAA all-state volleyball, Warren had one selection in Lydia Latimer. Conneaut had a pair of girls named in Kathryn Ledford and Jessica Snider. Fort LeBoeuf had two girls, Sydney Belczyk and Kaylee Young.

One other local standout made the AAA list and that was Maddi Soboleski from General McLane.