U.A.W. reliever Tyler Burlew concentrates before getting the final two outs in the sixth inning. Journal photo by R.L. McCray 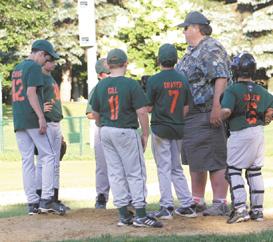 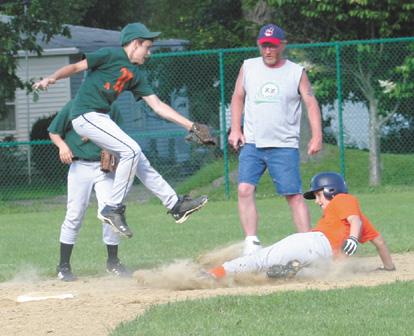 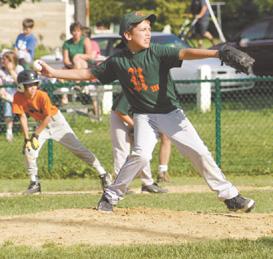 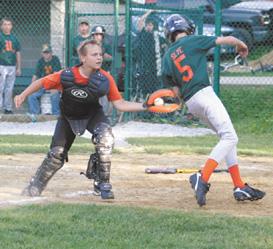 U.A.W. reliever Tyler Burlew concentrates before getting the final two outs in the sixth inning. Journal photo by R.L. McCray

Eight years later, the automakers are back on top.

In a well-played game at Bracken Field, U.A.W. held off the Beaver Club 6-2 on Tuesday to sweep the best-of-three finals.

“I’m really proud of these guys, we were expected to win and we came through,” said coach J.W. Bracken, who has been assisted by Kelly Cragg through the drought. The team suffered some misfortune, off-the-field accidents that played a role in not taking home a title.

“We had great veteran leadership,” said Bracken. “We were able to score throughout the lineup as evidenced by scoring in 15 of the 18 (playoff) innings.”

BC countered with single runs in the first and second to tie the score.

The autoworkers went up 4-2 in the third keyed by Drayer’s RBI single.

In the bottom of the third, with runners on first and third, a Beaver Club player was out at the plate trying to score on a wild pitch, catcher Jack Gill throwing to Drayer for the out.

In the U.A.W. fourth, Dakota Hoffecker hit a sacrifice fly and Cragg had an run-scoring double.

Drayer was strong on the mound before giving way to Burlew, a 10-year-old, in the sixth.

Bulldog Burlew got the final two outs, ending it with a strikeout, and the elusive crown belonged to U.A.W.

Cragg had two hits fro the winners, Greg Conley and Ethan Brown with two hits for the Beaver Club.

In the top of the sixth, the Brown to Brown combination produced the defensive play of the series.

Shortstop Ethan Brown made a running catch behind third as he neared the foul line. He wheeled and fired a strike to his brother, catcher Robby Brown, who easily tagged out the runner for an inning-ending double play.