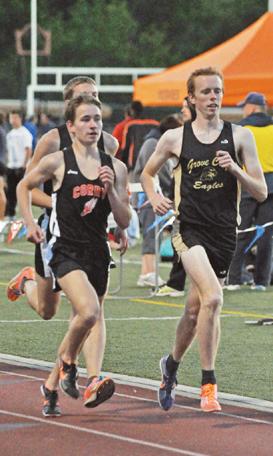 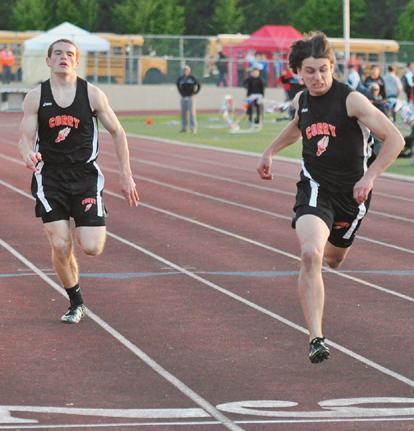 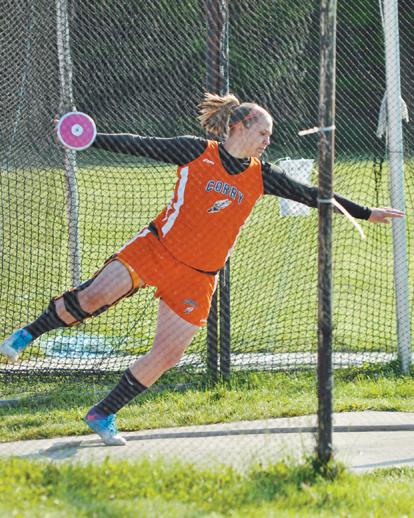 HARBORCREEK — Jaynee Corbett, with two gold medals in hand, is already looking to get better.

After taking first place in both the shot put and discus at Wednesday’s District 10 Class AAA Meet, the CAHS junior is hoping to be even better at the PIAA state championships.

“I definitely never thought this would happen a year ago, leaving softball was the toughest decision I’ve ever had, and it turned out to be my best decision,” Corbett claimed. “I tried to stay completely focused. Having coach (Mike) Roden really helps.

“He keeps me calm, he’s one of the best coaches I’ve ever been around,” she stated. “Before I throw, I just picture what I need to do. I just need to believe in myself.”

Corbett won the shot with a throw of 40 feet, 11 inches, more than 7 feet ahead of the second-place girl. It also bettered her own school record.

In the discus, she threw 115-11. Second place went to teammate Rachel Patterson at an even 100 feet.

“I could not be happier,” said Corbett. “I had never been to districts before, but I’ve thrown at other meets. This was actually one of the smallest meets.

See Thursday, May 17, 2012 issue of The Journal for complete story.