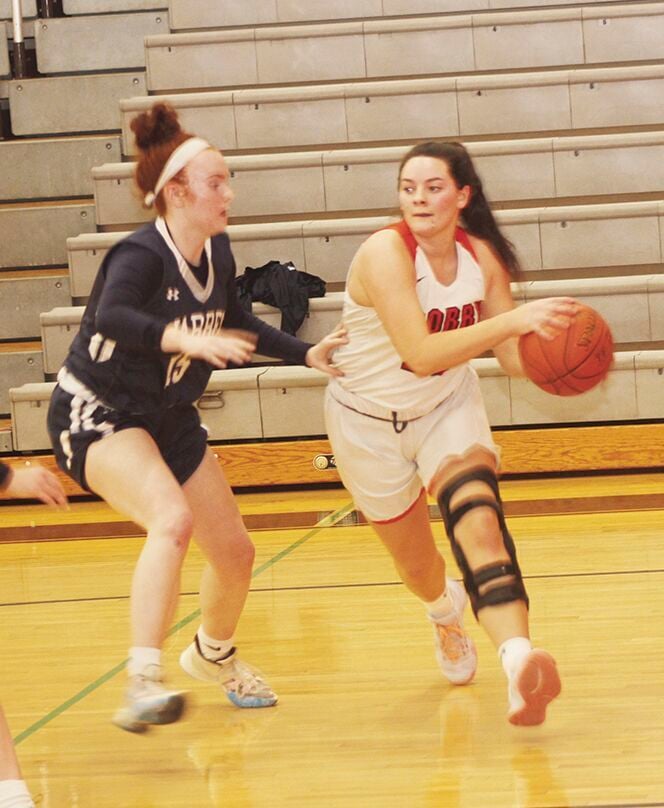 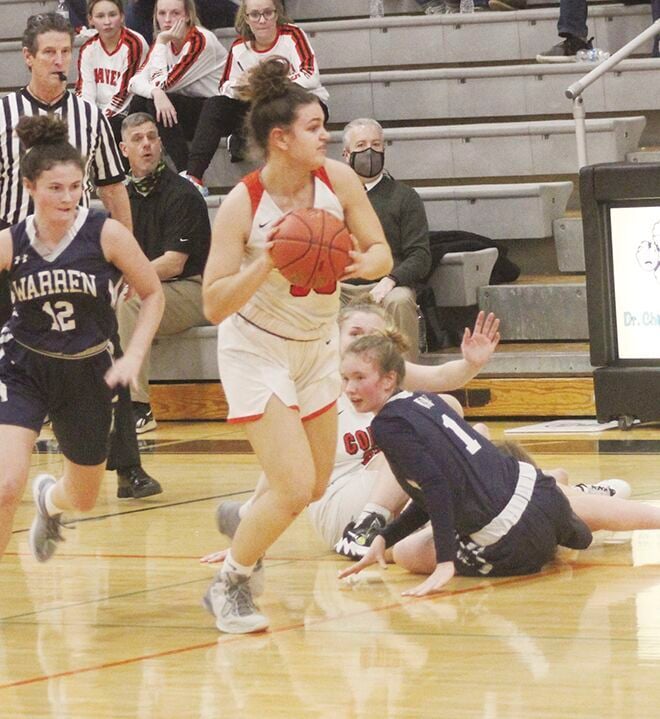 Beaver Rachel Brady takes off after grabbing a loose ball in the first quarter. 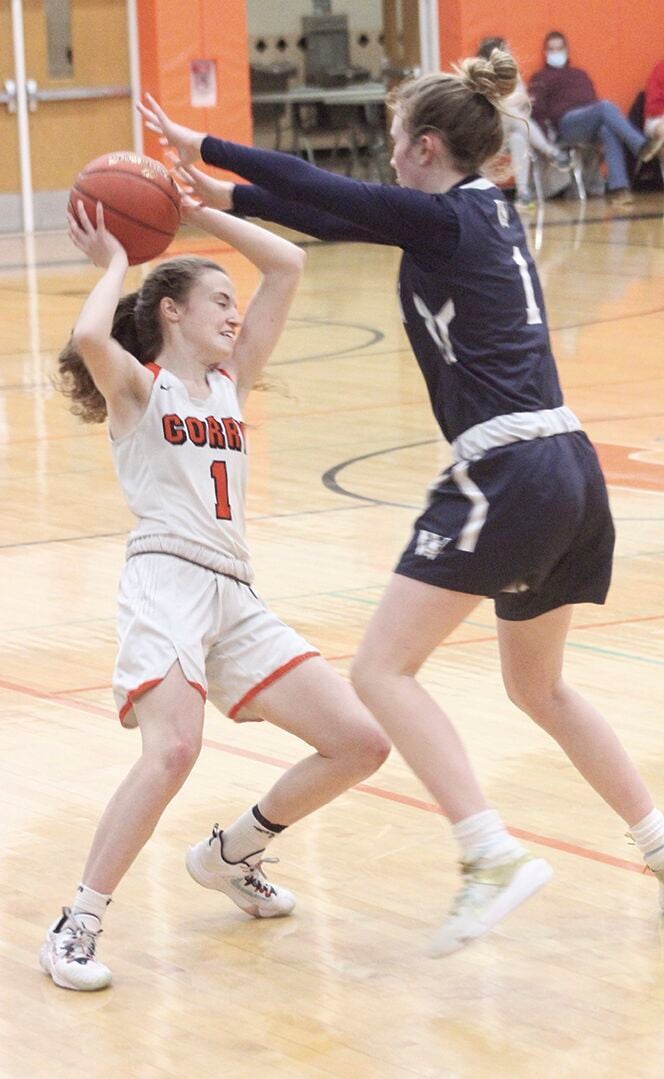 It's been a tough week for the Corry girls basketball team, starting with Villa Maria and then Warren, two of the premier powers in District 10.

The Lady Beavers never got the offense going in dropping a 50-9 decision to the Lady Dragons.

"Although the score was lopsided, there were a few bright spots," admitted coach Rob Elchynski. "I thought we did a nice job for the most part defending Warren's two Division II players in Emma Ruhlman and Riley Childress. Ruhlman can do it all on the court and Rachel Brady and Lexi Frisina stayed with her the whole game and made her work for every point. And Childress is a very good point guard and Skylar Riedel, Alyssa Burlew and Tayler Elchynski hassled her throughout the game.

"The girls played extremely hard and I can always count on that," he claimed. "Burlew had a more active role tonight and really stepped up. She is a joy to watch. Reghan Trask and Lexy Hasbrouck definitely brought some energy when they were in.

"We continued to have too many turnovers with 22 tonight that led to a lot of easy buckets for them," Elchynski noted. "We have to be able to handle the pressure better.

Brady had four points and Elchynski made three free throws.

"This is a tough week when you have to play Villa and Warren back-to-back," claimed coach Elchynski. "Now we must prepare for a scrappy Youngsville team on Saturday afternoon that beat us on their court last year.

"It will be Senior Day on Saturday with the senior festivities starting at 1 p.m." he said. "I hope Corry will come out and support these 10 amazing young ladies."

"We were overpowered by the Dragons," admitted coach Tom Brady. "Warren is a quality program that has much more experience on the court. It showed tonight. They were able to disrupt our offense and score on us.

"Aubrey Chase had a good game," he claimed. "She rebounded well and had a 3- pointer. Lindsey Hasbrouck and Sadye Dyne did well in the paint. Kaygen Rogers and Alyssa Burlew were the defensive standouts.