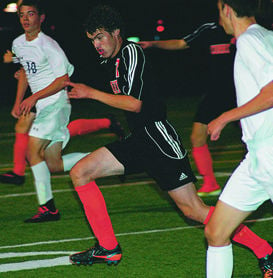 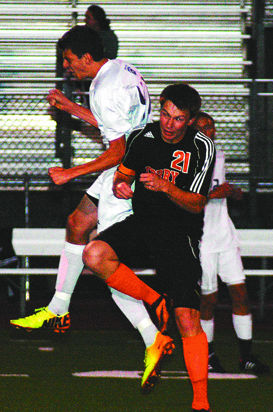 WARREN — Corry’s dreams of making the District 10 boys soccer playoffs weren’t good, but they went by the boards on Wednesday in a region 4 match at Warren.

The Dragons kept the Beavers off the scoreboard in winning 4-0 at War Memorial Field.

The result leaves Warren 5-2-1 in the league and gives the Dragons the automatic D-10 playoff berth. First place Bradford competes in District 9 for the postseason.

Corry is 2-5 in the region. Had the Beavers won this match, and tonight’s makeup match at Oil City, they would have been 4-4 and tied with Saegertown.

Warren, coached by Corry graduate Tom Harrington, has now made the playoffs in every season since 1996. This is just the second time in which Warren did not win at least a share of its league title.

Austin Goldthwaite scored on an assist from Quinn Boger making it 1-0.

Ryan Gustafson back heeled a ball into net with under one minute left in the half making it 2-0.

The shutout keeper was Clark Eason.

Freddie Steffen again had some nice saves for the Beavers.

“We focused on containing Quinn Boger, but to his credit he was able to find open teammates,” noted coach Shreck. “Warren is a talented team, we were unable to get anything going offensively.”

Corry is back on the road today at Oil City with a 7 p.m. match.

The Beavers finish up the season Saturday at Iroquois at 10 a.m.