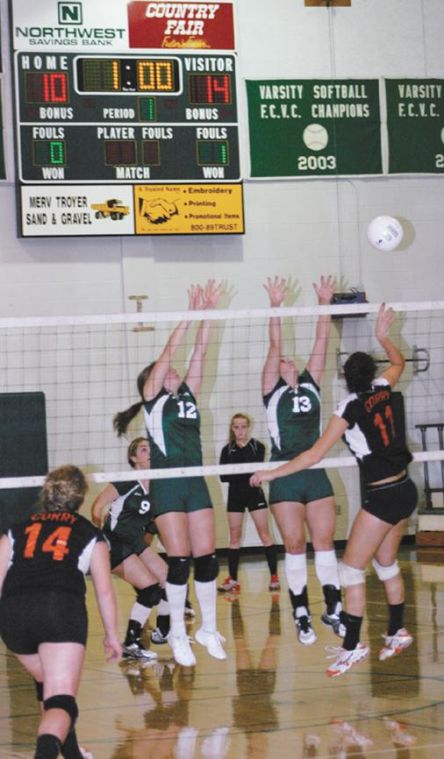 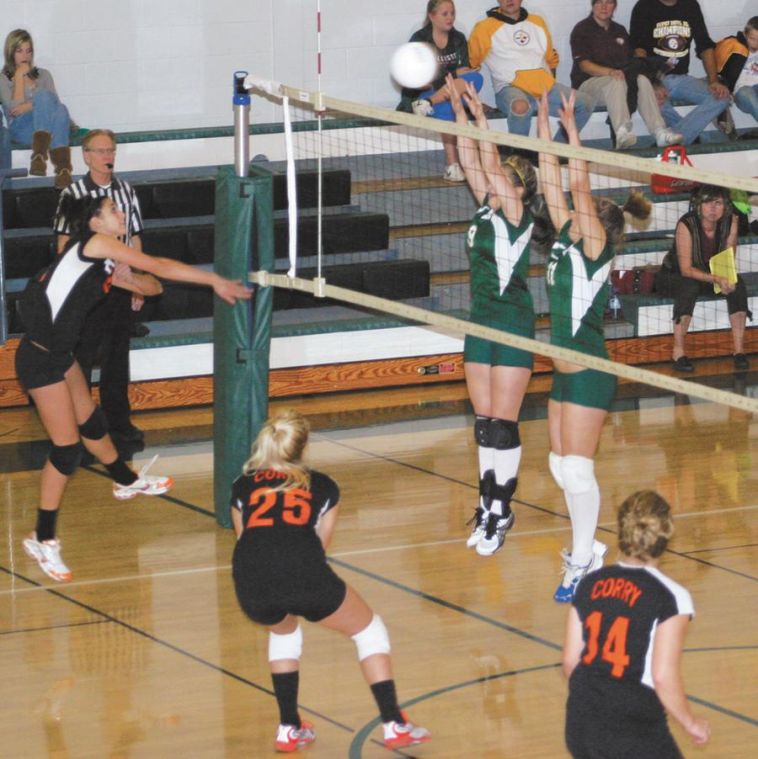 UNION CITY — There’s nothing quite like a see-saw, backyard battle in volleyball.

Corry featured a balanced attack with the offense led by sophomore Kayla Stover with eight kills plus Juniors Emily Greer, Shana Merkle and Tabitha Jaggi with 14 kills between them.

Kristen Dennis had 12 assists, two kills, and two service aces, while Molly Jordan contributed 10 assists, one kill and one ace.

Corry jumped out early and led the entire first game.

Corry also went out big in game two (7-1) and wound up much closer due to a number of serving errors by Corry, coach Kelly Goodsel noted. With the game tied at 22, Corry got a key side out and then Merkle served the key game winning points.

In the third game, Union City played and really served well, getting up 13-9 and 21-20. Bears Mackenzie and Rashel Gilson made key serves to win the game by two points.

In the fourth game, Corry came out determined and led by Jaggi’s serving (she served for 12 of the 25 points), won the game easily.

“We stress that the offense starts with a good pass to the setter — so she can set any hitter — and last night we executed the game plan,” said Goodsel. “Emily Greer and Shana Merkle really did a nice job passing the ball and that sparked the offense, allowing all nine of our hitters to register a kill.

“Defensively, we put up solid blocks (Emily Greer with five, Stover and Dennis had three each) and that allowed our defense to really play well,” he claimed. “Shana and Sammi Mitchell had very good nights with 12 and 11 digs, and the entire team ended with nearly 50 digs.”

“We played very well the first game and probably should have won the game, but some untimely passing and hitting errors was the difference,” said Beaver coach Danielle Bailey. “In the second game, we never really got into a rhythm, making a miss-placed set, or a good set and then a hitting error.

“It was a frustrating match, but all-in-all, we didn’t play all that bad, we just didn’t put good plays together,” she noted.

Corry is back in action tonight at home versus Iroquois, while UC travels to Conneaut Valley.

Kate Wiggers had 15 spikes and five kills, while Bennink had seven spikes with two kills and a pair of blocks.

Alicia Valentine and Sydney Youngberg both had six aces for Forestville, now 13-3.