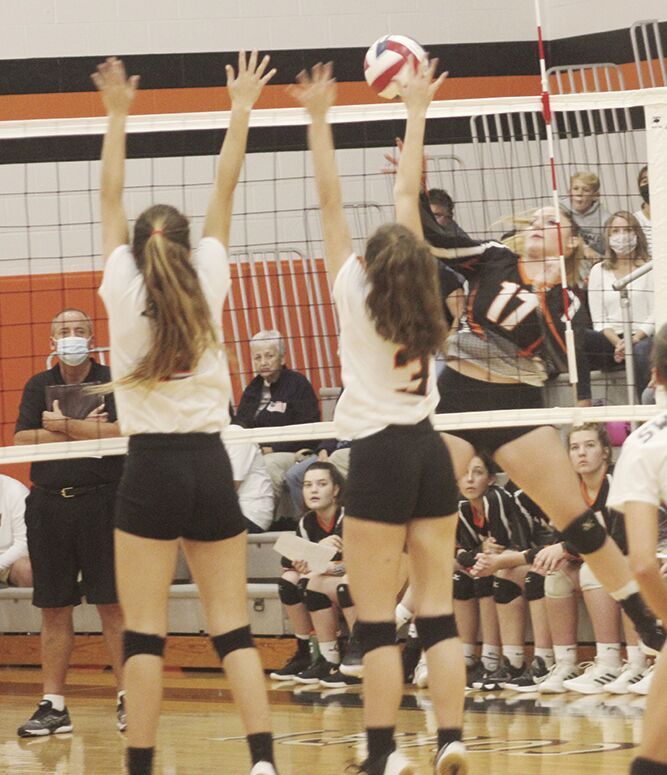 With coach Kelly Goodsel (left) looking on, Kaylee Pierson (17) spikes at the net during the first set of Thursday's showdown against visiting Harbor Creek. 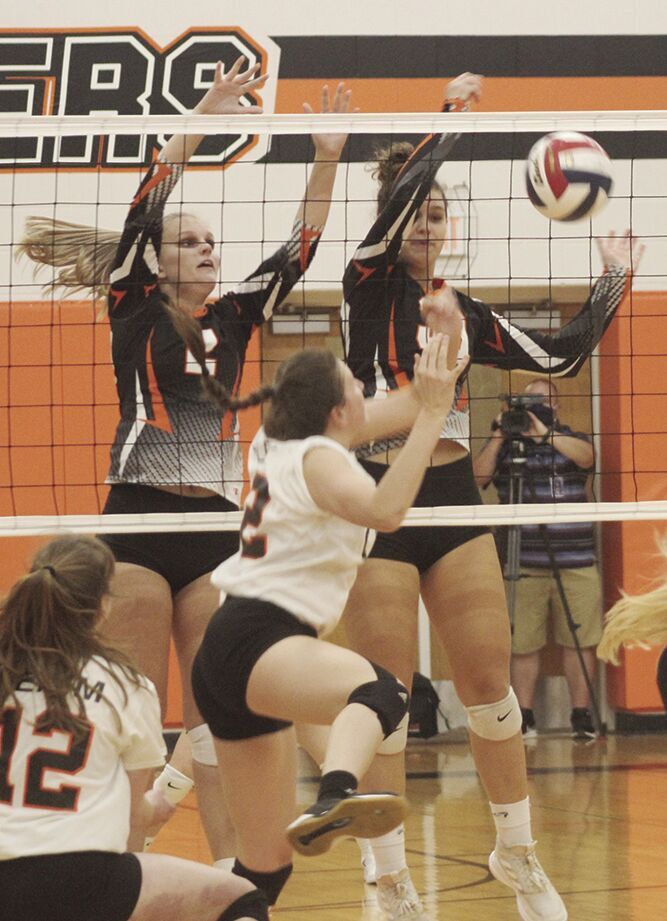 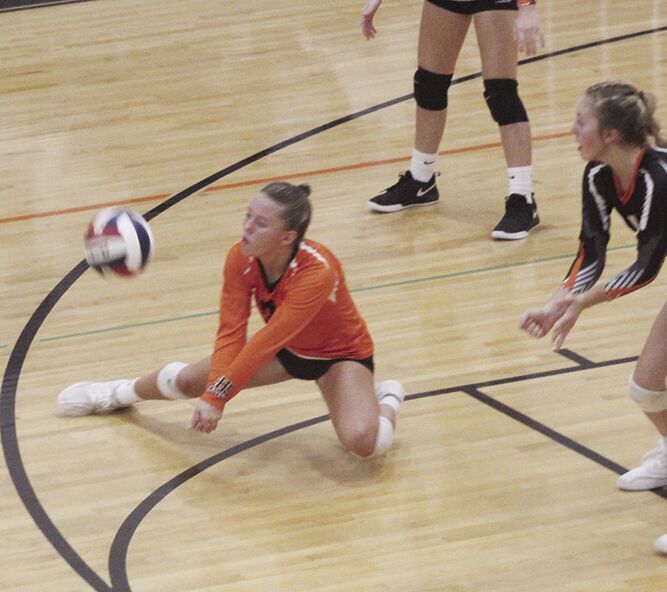 Tayler Elchynski goes to her knees to return a Harbor Creek serve.

Unfortunately for the Corry fans, Harbor Creek played really well and the Beavers did not.  Harbor Creek won in convincing fashion beating Corry at its own game — tough serving, good serve receives, and efficient offense.

The first set Harbor Creek dominated from the service line building a 9-2 lead when Corry coach Kelly Goodsel called timeout. Coming out of the timeout, Harborcreek continued serving tough and extended the 7-point lead to a 15-point lead 19-5 before Corry players started to get their bearings. The two teams played even volleyball the rest of the set and Harbor Creek won 25-10.

The second set started out better for the Lady Beavers behind kills by senior outside hitter Kaylee Pierson and setter Kiran Bugbee, and then freshman middle hitter Aubrey Vanderhoof pounded another kill to tie the game 5-5.

Harbor Creek again showed its dominance scoring 20 of the next 27 points and beat Corry in set two, 25-12.

The third set Corry played better early, with an 8-7 lead behind kills by senior outside hitter Rachel Brady and another by Vanderhoof. The middle part of the set was sloppy on both sides of the net with both teams committing errors, unfortunately Corry committed more and Harbor Creek led 15-10. Corry played even the rest of the set, but couldn’t close the gap, losing the third set 25-19.

“Tonight’s performance was disappointing,” Goodsel said. ”Not because of the end result, but because how we reacted to Harbor Creek’s serving and offensive speed. Don’t get me wrong, Harbor Creek played very well and is a very, very good team, but our serve receive performance was unacceptable, which then caused our setting to be inconsistent and hitters trying to improvise. The bad news, we don’t get to claim the region championship. The good news, we should be seeded high in the D-10 playoffs and may get another chance to compete against Harbor Creek.”

The JV faired better at the beginning of the night as they swept the Huskies two sets to none 25-14 and 25-23 to remain a perfect 11-0 on the year. Makenna Moore and Halle Albers led Corry with six and four kills respectively, along with a combined 15 digs.  Setters Payton McCray and Keira Knight each had eight assists.

Corry servers combined for 29 service points, and nine aces in the match.

Corry’s record is currently 9-3 overall and 8-2 in the region. Corry has a practice day on Friday and then both the varsity and JV play in tournaments on Saturday. Varsity is at Maplewood and the JV is at the Lakeview tournament.

The Corry Journal Sports Stream will be at the Maplewood tournament in the main gym.