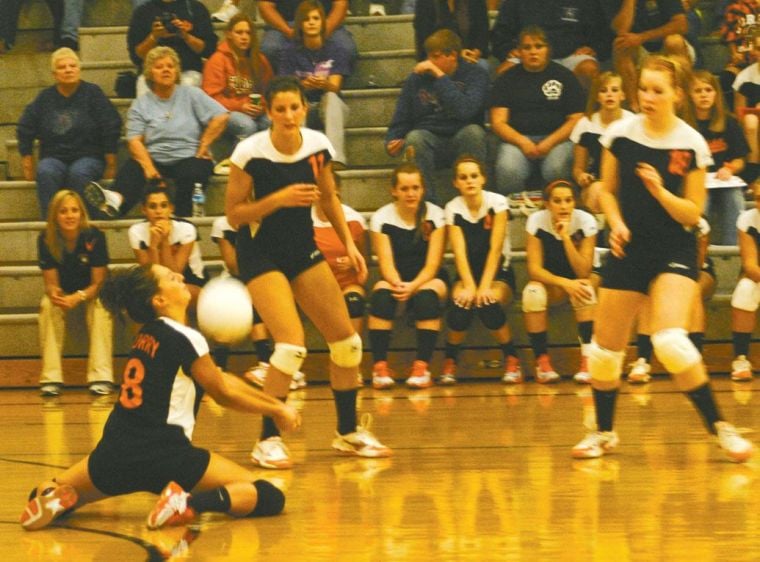 Journal photos by R.L, McCray Corry’s Shana Merkle goes to her knees to return a shot in the first game last night against Northwestern. Looking on are teammates Emily Greer and Kayla Stover (right). 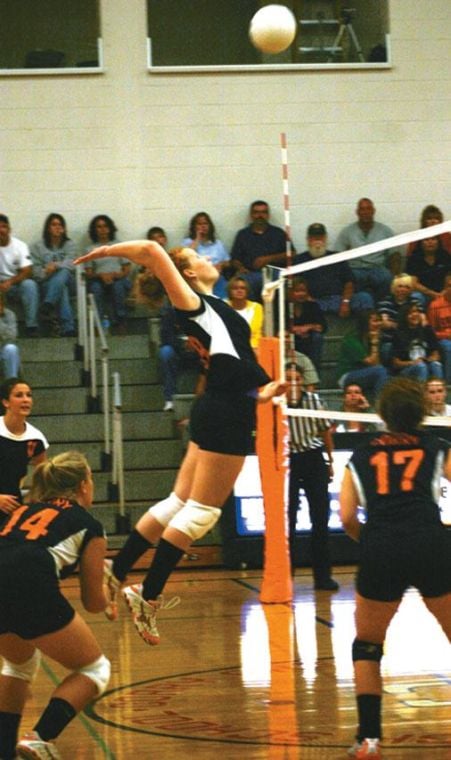 Journal photos by R.L, McCray Corry’s Shana Merkle goes to her knees to return a shot in the first game last night against Northwestern. Looking on are teammates Emily Greer and Kayla Stover (right).

“The young ladies played hard and I don’t question their desire to compete and win, but we just haven’t put the ball down when we’ve needed a key point,” reported coach Kelly Goodsel. “It’s similar to a football team getting inside the 10, but not coming away with points.

“In volleyball, when you get a free or easy ball over the net, it has to result in a point for your team,” he pointed out. “Too many times the free balls didn’t result in points for Corry and that was the key to the Northwestern victory.”

Corry took game one on solid serving by Kristen Dennis and good defense.

“One of the keys to our defense is the front line height and ability to block, which resulted in 6 blocks in the first two games,” said Goodsel. “In the third and fourth games, we began to play not to lose (rather than to win), hitting relatively easy shots at the Northwestern defense which were immediately returned putting us on defense or making hitting errors that resulted in a point for them.”

For the winners, Borstorff had six kills and 17 assists, Hultsman with nine kills,

Corry started slowly but came on strong to win the junior varsity match 15-25, 25-20, 17-15. Leading the way were Karlie Bailey with nine kills, plus freshmen Janele Greer with four kills and Brittany Zajac with two kills and two service aces.

“It is nice to get the first victory of the season and an exciting way to win the third game,” said coach Danielle Bailey. “It demonstrates that we can finish and pull out the close matches.”

The JV team will compete in Saturday’s Cambridge Springs Tournament this Saturday. The varsity plays again Tuesday at General McLane.