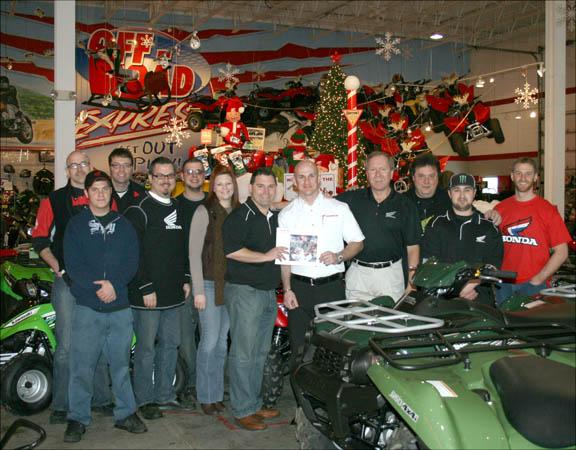 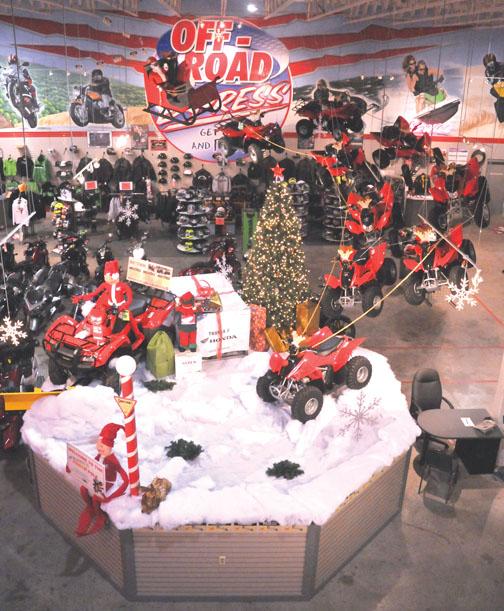 Despite becoming one of about 1,100 Honda dealers in the nation just last August, Off Road Express has already made quite a name for itself among the Honda family of dealers.

Out of nearly 400 dealers participating nationally in a display competition themed “Honda ATV at Work & Play,” Off-Road Express not only took first place in its region, but the creative display won first place honors out of all four regions.

Gerasin was on hand Saturday with a handsome award of $10,000 for Off-Road Express.

The display at Off-Road Express is nothing short of spectacular. Upon entering the large showroom, front and center is an imaginative display of Santa in a sleigh pulled by eight shiny, red Honda ATVs instead of reindeer. The entire display – the sleigh (handcrafted by an employee in the service department), complete with Santa Claus at the helm and Honda bucks blowing out of his red velvet sack, eight ATVs with reindeer antlers affixed to the handlebars and a red nose on the lead ATV’s headlight – is suspended from the ceiling with heavy-duty cables.

The idea of suspending vehicles from the ceiling was not completely unique, as other dealerships incorporated the concept. But the Off-Road Express team took a special step to suspend each ATV at a different angle so the finished string of vehicles looked as though it was banking to come in for a landing on the sales floor.

A platform in the center of the showroom featured life-size stuffed elves driving their own ATVs along with gifts and a Christmas tree. One elf used an ATV with a plow with piles of cottony “snow” piling up in front of it.

The entire Off-Road Express staff worked together as a team on the idea, from sales to service and office staff.

“They really work together as a team,” said Gerasin. “They hopped right on with enthusiasm and have increased our share of the business locally. It’s a good, family business.”

“This was a great thing for our store,” said Off-Road Express owner Joe Askins. “We were really excited to receive the news.”

“Customer satisfaction is one key focus for Honda,” said Gerasin. “We know at Off-Road Express they’re being serviced the way they ought to be.”