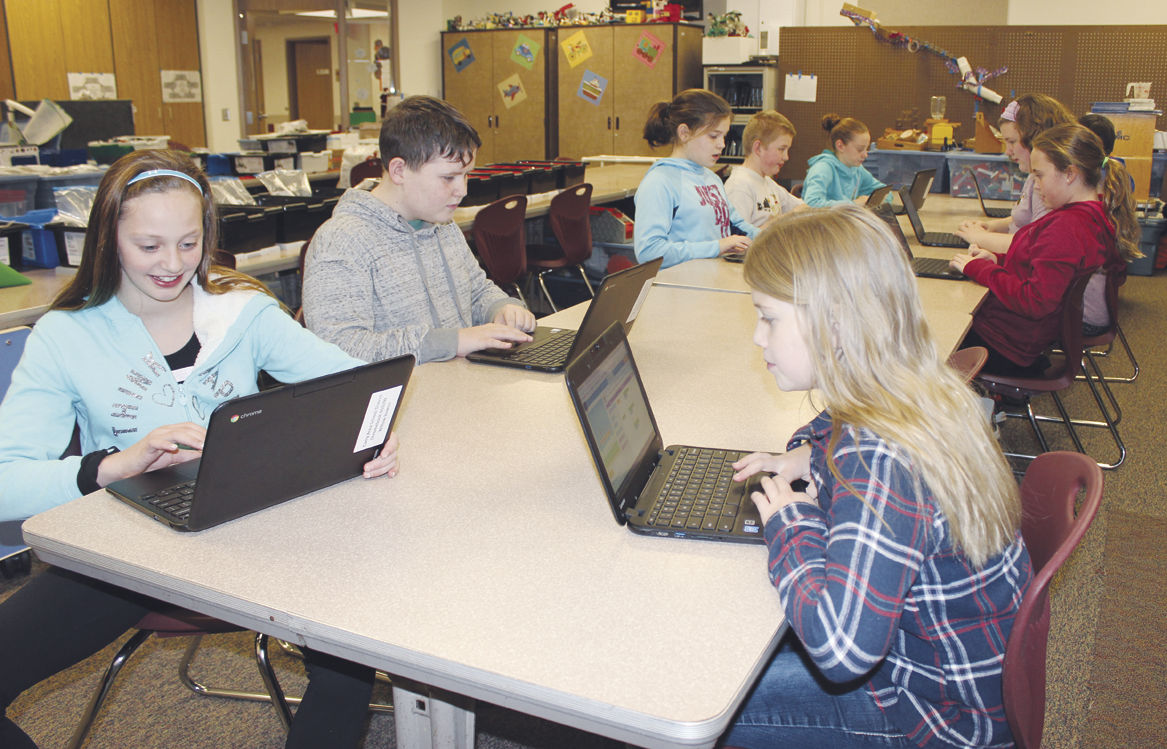 Students in third through fifth grade at Corry Area Intermediate School have been studying computer science and recently participated in a worldwide Hour of Code event. Above, a table of fifth-graders learn the basics of writing computer code. 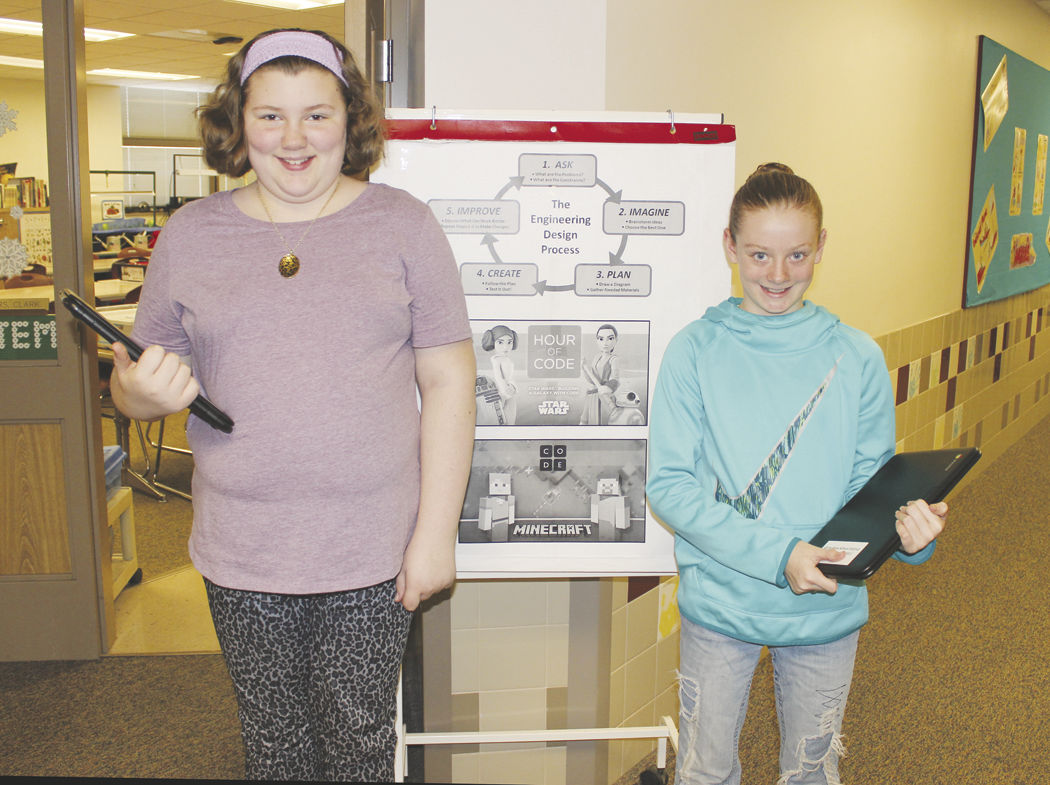 Students in third through fifth grade at Corry Area Intermediate School have been studying computer science and recently participated in a worldwide Hour of Code event. Above, a table of fifth-graders learn the basics of writing computer code.

The choices range from Star Wars to Angry Birds to Minecraft.

The challenge — to move chosen characters to perform a variety of functions.

For many third- through fifth-grade students at Corry Area Intermediate School, the set forth assignment does not seem like school work, yet students are learning basic computer programming skills, an industry that is rapidly evolving.

"These skills can lead to jobs developing apps, video games and computer science in general," said Ann Clark, STEM (Science, Technology, Engineering and Math) teacher at CAIS. "Each year the students participate, I can see them getting more and more comfortable."

For the past month, CAIS students have been studying computer science, using their own school-issued Chromebooks. And recently, students had a chance to put their skills to the test by participating in a worldwide Hour of Code event, organized by the nonprofit organization, code.org.

Hour of Code includes more than 100 other organizations and companies, and is a global movement that believes the students of today are ready to learn critical skills for 21st century success.

Hour of Code was officially celebrated during the week of Dec. 5 through 11, with more than 500 CAIS students logging on for one hour at various times during those seven days.

By using simple commands such as "turn left," "turn right" and "move forward," students build their program and watch their chosen characters follow their directions.

There are different levels students can choose from, which are based on skill and experience, and range from pre-K to adult.

"It's like a big mystery you have to figure out," said fifth-grade student Ruthie Light. "I really like it."

"That's my personal favorite," she said. "And, this is my favorite class. It's fun and I always forget that we are learning."

Clark said, typically, with STEM activities, the classroom can be noisy. But, during the Hour of Code week, the tone of the room was very different.

"The kids were talking, but they were very quiet," Clark said. "You could hear them try to problem solve with each other. The rule is you have to do it yourself, but just like in a real work environment, they consulted and brainstormed with their classmates."