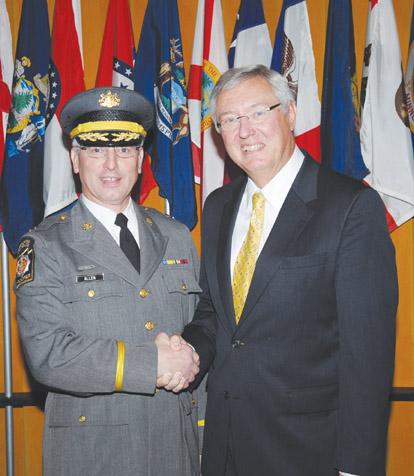 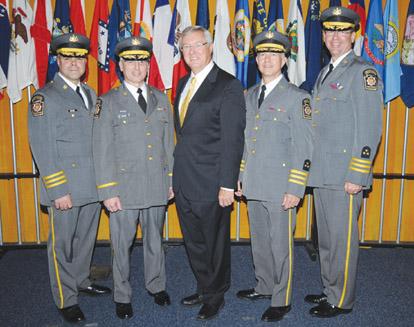 Bradley D. Allen, a Spartansburg native, enlisted in the Pennsylvania State Police in 1983. Over the past 28 years, Allen has steadily made his way through the ranks. For many of those years, he has been assigned to Troop E, serving locally at both the Corry and Lawrence Park (Erie) stations.

On Oct. 14, Allen was promoted to the rank of captain. His new assignment is as the commanding officer of Troop B in Washington, Pa.

“Knowing the caliber of the men and women within the ranks of the state police, I am honored to have been awarded this opportunity,” Allen said.

Allen, 55, is the son of Donald Allen of Spartansburg and the late Esther Allen.

See Monday, October 24, 2011 issue of The Journal for complete story.