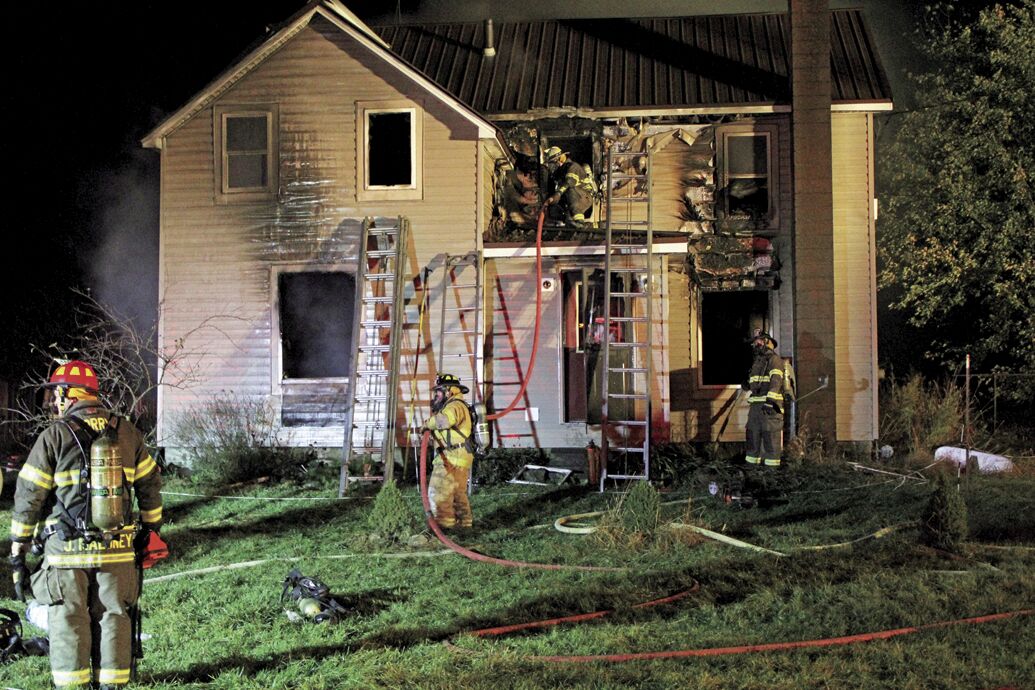 At least seven fire departments responded to a house fire at 365 Scotts Crossing Road in Coumbus Township this morning that claimed the life of a teenage girl. 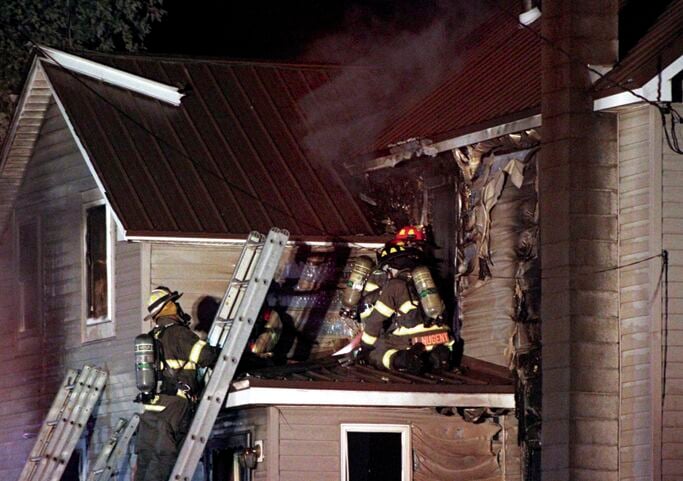 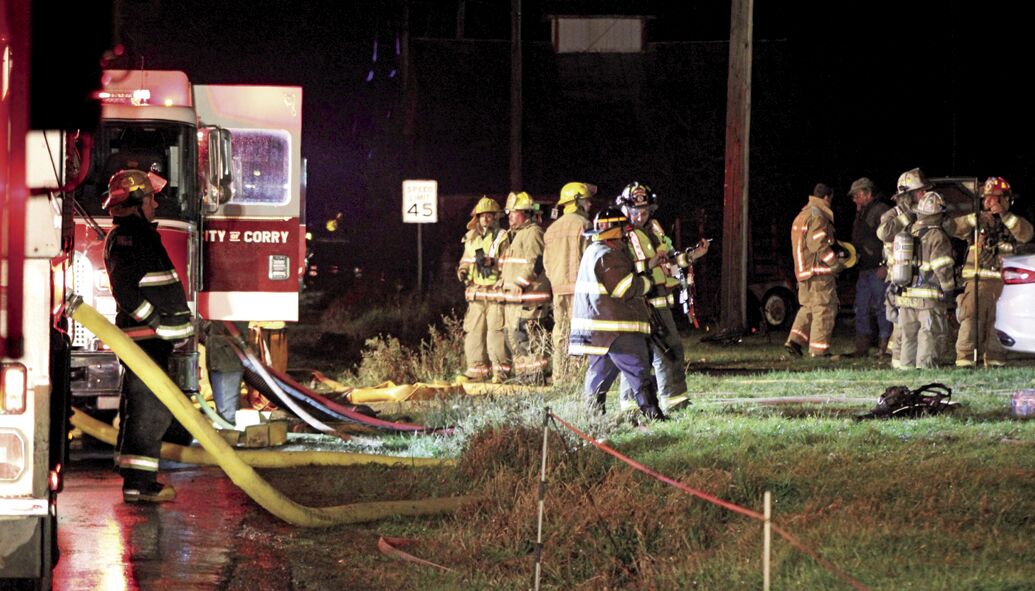 Multiple area firefighters worked together to battle flames erupting from a Columbus home early this morning. The cause of the fire is still under investigation.

COLUMBUS — A fire that broke out in a two-story home on Scotts Crossing Road early this morning has claimed the life of a local teenager.

A residential structure fire at 365 Scotts Crossing Road in Columbus Township was reported at about 6 a.m. today.

Trooper Nick Kaschalk from the Corry barracks of Pennsylvania State Police said the victim was a 14-year-old female. The victim's name has not been released as of press time.

The cause of the fire is pending and at this time, it's unclear where the blaze originated. Firefighters and investigators were still at the scene as of press time.

When the first firefighters arrived at the scene, the house was smoking but there were no flames visible.

"Upon arrival, they had smoke showing but no visible fire. Family members were attempting a rescue, and the crews as they arrived were advised that there was a victim still trapped in the house," Lathrop said. "The first arriving crews were attempting a rescue into what we were told was the second floor bedroom window. Shortly after, we started to experience intense fire. The crews had to back out, address the fire and then go back in to find the victim."

The other injury occurred as a firefighter was attempting to force entry through a front door and then tripped over items in the yard while operating a hose shortly thereafter.

Lathrop didn't have a chance to conduct any interviews with occupants of the residence when he spoke to The Corry Journal so it's unknown how many people were inside the home at the time of the fire. He believes the call came in from a neighboring house but was unable to confirm that as of press time.

Warren County dispatch stated it would not pass along any information regarding the fire.

At least two dogs were killed in the early morning fire.

"I know I have two deceased dogs and possibly a third, but I haven't had a chance to go in and actually locate the third," Lathrop said.

The residence experienced extensive damage from the blaze. The home is not livable in its current condition so the Corry chapter of the American Red Cross was at the scene assisting the family.

Scotts Crossing Road was shut down from Drobneck Road to Route 6 and was reopened around 11 a.m.

Firefighters faced a couple of challenging circumstances when combating the flames.

"The amount of fire we had and limited water supply once we arrived on scene were issues that we did run into," Lathrop said. "Given the hour of the day, low manpower numbers."

The nearest municipal hydrant was too far away to run a hose from it to the scene of the incident so multiple tankers from mutual aid companies had to be utilized.

"It was too far to lay hose so we ended up just shuttling and that's why I had Union City bring a tanker, Spring Creek, Spartanburg and Wrightsville," Lathrop said.