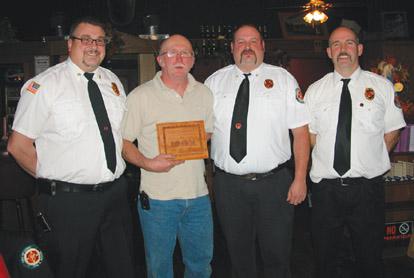 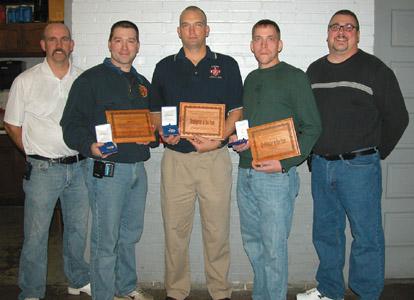 Clarence “Butch” Glass took advantage of an early retirement package from General Electric Co. just over three and a half years ago.

But before he retired after working at the Erie plant for 39 years, Glass sank about $10,000 into his house at 128 E. Church St., replacing windows and making other improvements.

Shortly after Glass did retire, that newly remodeled house caught on fire. When firefighters from Corry Fire Department and its volunteer arm, Stanford Hose Co. responded, Glass was impressed with the way they fought the fire.

The house was a goner. Glass now has a new house — and the Stanford Hose Co. has a new member.

“I was sort of impressed with the way firefighters put the fire out,” Glass said. “I told the chief that once I got settled with the house and fire, that I was going to join the fire department.”

See Saturday, November 26, 2011 issue of The Journal for complete story.