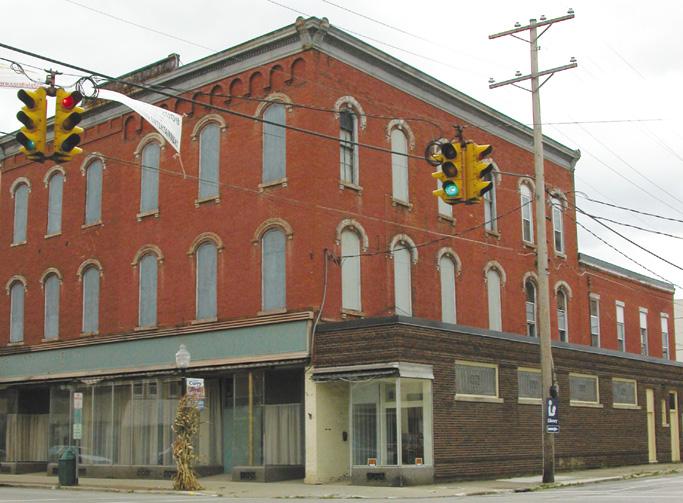 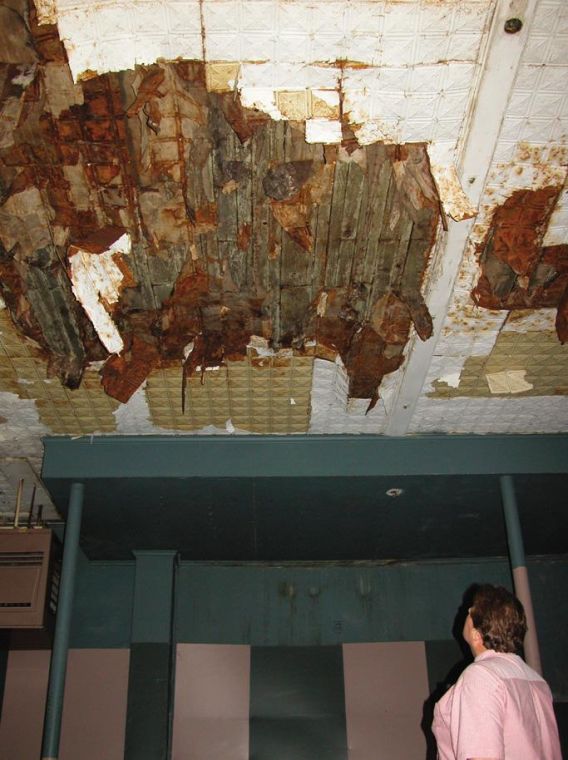 Rick Novotny, economic specialist for Corry, looks at a damaged ceiling in the former retail store at the corner of North Center and West Washington streets. Journal photo by Maryann Mook

Rick Novotny, economic specialist for Corry, looks at a damaged ceiling in the former retail store at the corner of North Center and West Washington streets. Journal photo by Maryann Mook

Rick Novotny stands in the middle of the former Woolworth building in downtown Corry and looks up at a section of ceiling that appears as though it’s going to hit the floor any second.

The ceiling had been crumbling down from water damage caused by a leaking roof in the three-story, red-brick structure.

But no longer. When the Corry Community Development Corp. bought the vacant building about three years ago, replacing the roof was the first step in the process to renovate the building for reuse.

The storefront of the turn-of-the-century stucture is located on the west side of North Center Street, and the building wraps around West Washington Street.