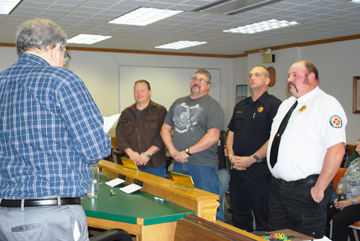 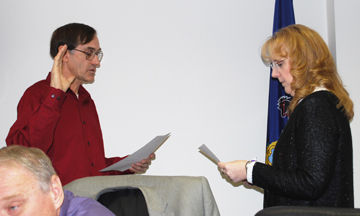 Corry City Council is asking the public's help in an effort to move the city in the right direction.

With recent resignations, there are plenty of opportunities for the public to get involved in the local political arena.

Council held its annual reorganization meeting this morning in Council chambers. Councilman Brad Russell, director of finance and accounts, resigned, on the heels of Mayor Jason Monn resigning at the end of December.

The third-class city code mandates that, in the absence of a mayor, the director of finance acts as mayor.

Terry Willams was reappointed to serve as the city's streets superintendent.

Rich Shopene will continue his duties as chief of police, with no Council action needed.

In a unanimous vote, Marcus A. Morrison and John W. Gage will serve a five-year term on the airport authority, and David A. Maryott will serve on the Corry Municipal Authority. Both terms will expire on Dec. 20, 2020.

Thomas Winchell agreed to stay on as interim city treasurer until a new one is appointed.

There is also the vacancy for city manager, in addition to the director of parks position made vacant with Campbell's move to finance and interim mayor.

"We ask the public to give us a chance to move us in the right direction," Campbell said.

Gernovich is hoping the public will get involved.

"It's a bit of a bumpy road but I trust that it will smooth out," he said. "I would really like to see people step up."