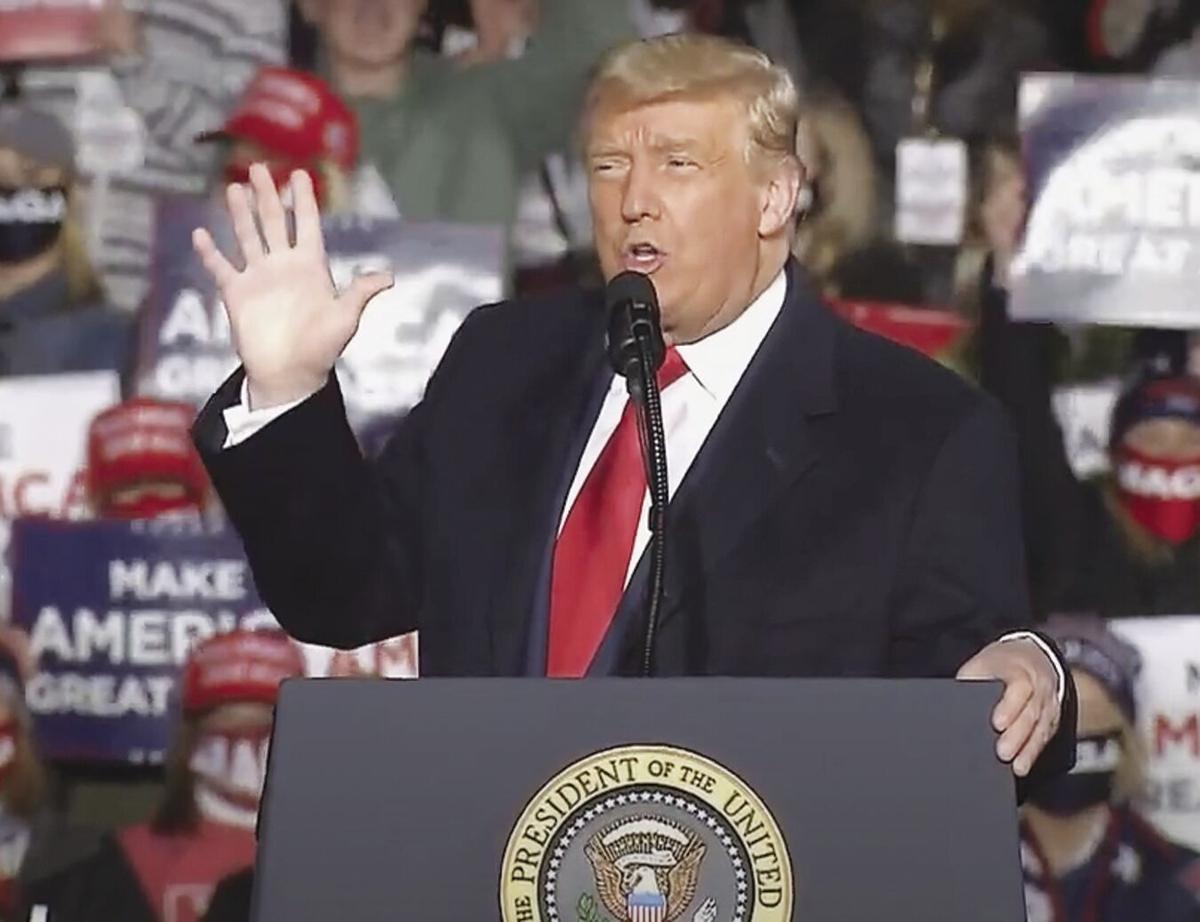 President Donald Trump was heavily favored among Corry-area voters during the 2020 presidential election. Trump is seen above at a campaign stop at Erie International Airport on Oct. 20. 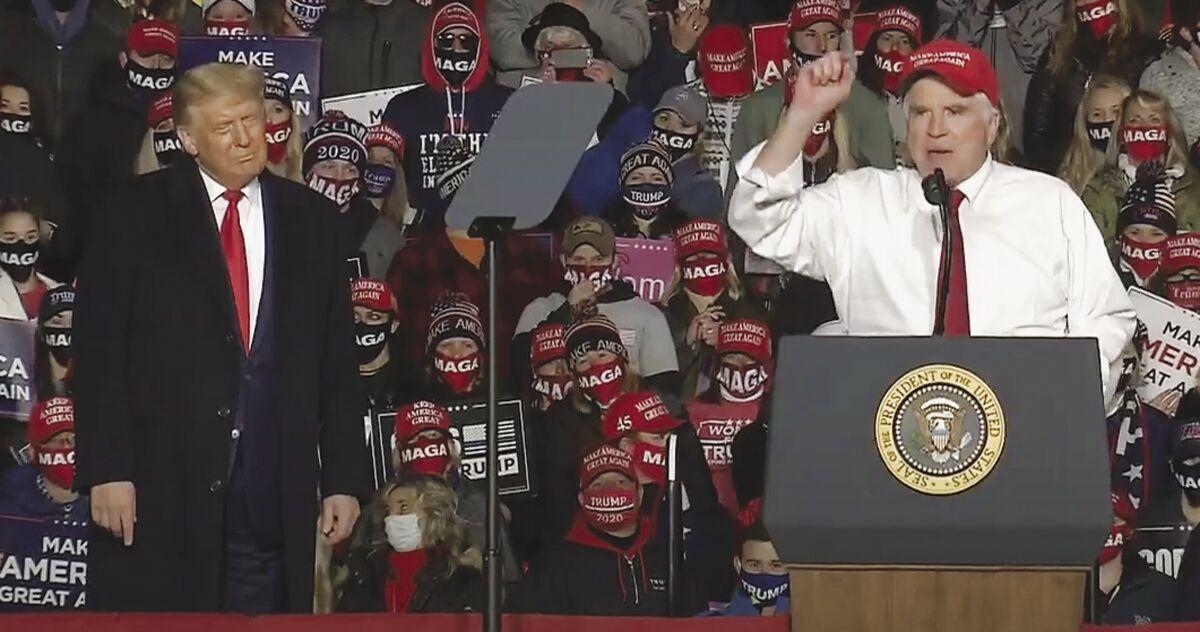 ERIE — When President Donald Trump stumped in Erie Tuesday night, he bobbed and weaved to the crowd on how he excelled the past four years, while noting the failings of multiple people — including his opponent, the press and the governor of Pennsylvania.

The fight continues for Trump, the Republican incumbent in the Nov. 3 election, who spoke at the Erie National Airport. He pulled no punches on why he is the right man for the job he’s held since his election four years ago.

Trump promised to cut taxes, support law enforcement and protect the Second Amendment. Between touting his accomplishments, he spoke about “Sleepy Joe” Biden and his lack of leadership the past four decades in Washington.

"What a great victory we had,” Trump said, referring to the 2016 election. “Fourteen days from now we're going to win the Commonwealth of Pennsylvania and we are going to win four more years," he said. "With your vote, we will continue to cut your taxes, cut regulations, support our great police, protect the Second Amendment and keep jobs and wealth in America where they belong. We are rounding the curve on the pandemic. We will deliver epic prosperity and record growth."

Trump addressed the virtual elephant in the room — the COVID-19 pandemic, which chartered a new course for his re-election bid.

"Before the plague came I had it made," Trump said. "I wasn't coming to Erie. I have to be honest — there was no way I was coming. I didn't have to. I would have called you and said, 'Hey, Erie, if you have a chance get out and vote.' We had this thing won. We were so far up. We had the greatest economy ever, greatest jobs, greatest everything. And then we got hit with the plague and we had to go back to work. Hello, Erie, may I please have your vote? Right? I love Erie.”

But that all changed in March when COVID-19, which Trump referred to as the “China virus,” hit the U.S and has resulted in more than 220,000 deaths and devastated the economy with substantial job loss.

He was critical of Gov. Tom Wolf, a Democrat, on how he has handled the pandemic in the commonwealth.

"By the way, Pennsylvania's been shut down long enough," he said. "Tell your governor to open it back up."

However, Trump said the end is near regarding COVID-19.

“It’s ending. Normal life, that is all we want. Normal life will finally resume,” he said, touting a comeback much like his own recovery from COVID-19.

“It is between a Trump super recovery and a Biden Depression, the likes of which you have never seen,” he said.

He then listed what the U.S. could expect under a Biden administration.

"He will massively raise your taxes, bury you in regulations, dismantle your police departments, dissolve our borders, confiscate your guns — Second Amendment — eliminate private health care, terminate religious liberty, destroy the suburbs — I'm saving the suburbs, I knocked out the regulations," he said.

He also targeted Biden’s proposed ban on fracking by showing “an original Donald Trump Broadway play." This was a video of Biden and running mate, Sen. Kamala Harris, talking about getting rid of fracking.

Trump also said, "the United States would be owned by China" with a Biden presidency and referred to Biden as “corrupt” person who has not done much in his close to five decades in Washington, D.C.

Trump invited U.S. Rep. Mike Kelly, R-16, on the stage where Kelly said Trump was the man for the job.

"In our lifetimes, we will never see another president like Donald J. Trump again," Kelly said. "I want every one of you to make a commitment to get out and vote Nov. 3 and absolutely refuse to lose."

Trump also said Erie and Pennsylvania as a whole is needed for him to be victorious.

"If we win Pennsylvania, we win the whole thing," Trump said.  "We had a big deal in Erie. I love Erie.

On the contrary, he said, things would be different under Biden.

“I plan to kill the virus; Biden will kill the American dream,” Trump said. “If you want depression, doom and despair, vote for Sleepy Joe.”