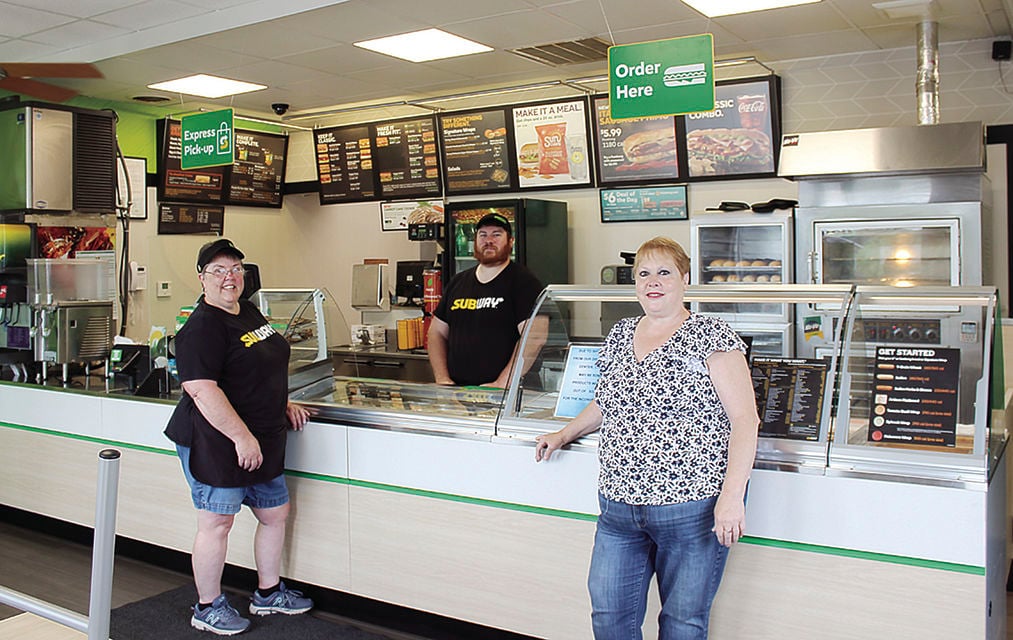 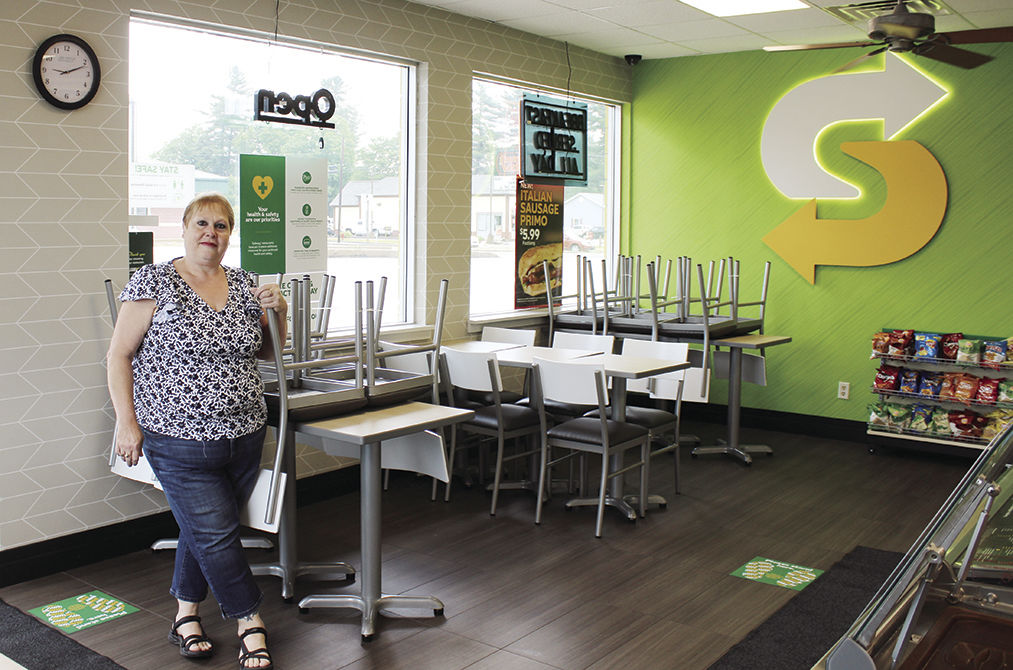 Corry Subway owner Susan Braswell stands with new furnishings, which are part of a recent remodel. The restaurant is ready for the reopening of the dining room today at half capacity.

The Corry Subway Restaurant has reached a 30-year milestone and recently underwent a remodel.

Owner Susan Braswell, of Union City, took over ownership of the restaurant in 2001, which also makes this year her 19th year as owner.

Braswell attributes the success to Subway's variety of choices.

"I think having choice is the biggest thing and also being able to have food custom-made," Braswell said.

Braswell said Subway requires their stores to remodel every seven years but this was the biggest remodel she has undergone with the store since taking ownership in 2001.

Each remodel is planned by Subway corporate years in advance and this year's design is minimalistic.

Artwork has been removed from walls and replaced by messages.

"Our ingredients. Your masterpiece," is stated in raised letters near the sandwich station.

Light tones of white, cream and gray are prevalent throughout the space with pops of bright green walls.

"Eventually, all the stores will look like this one," Braswell said.

Braswell said among all the changes, she was most excited about the upgraded sandwich station.

The glass partition, that most would recognize as a sneeze guard, can be lowered to cover and refrigerate all the fresh ingredients.

"That is — food safety-wise — a lot more efficient because we can pull it down and keep everything colder," Braswell said.

A logo change meant replacing all signage inside and outside the store.

"When I first started, it was basically like it is now, with the rounded letters but then they went to a slanted letter," Braswell said. "Now it's gone back to a rounded letter."

Braswell started working at the Corry Subway for the previous owners, Bill and Becky Stafford, a year after it first opened. She held management positions at two other Subways before returning to manage the Corry Subway.

Soon after her return, Braswell said she convinced the Staffords to sell the franchise to her. In the family it will stay with her son, David, as its current manager. He has worked at the restaurant on and off since he was 11.

Braswell said business slowed due to the pandemic, but crew members have worked to be ready to start indoor dining today, with 14 seats available to keep within guidelines requiring operations at half capacity.