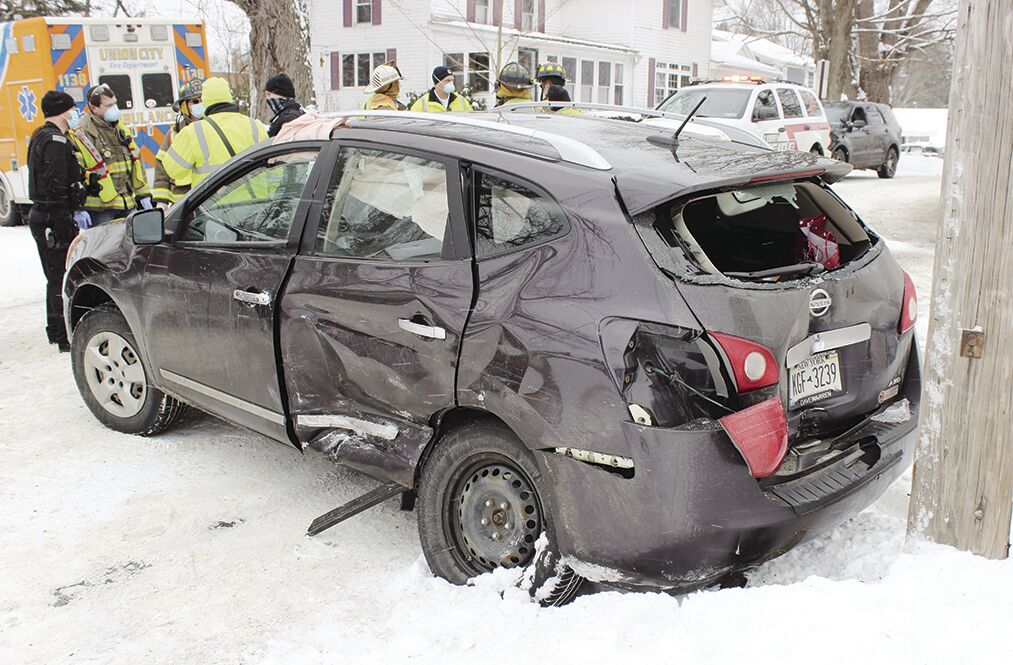 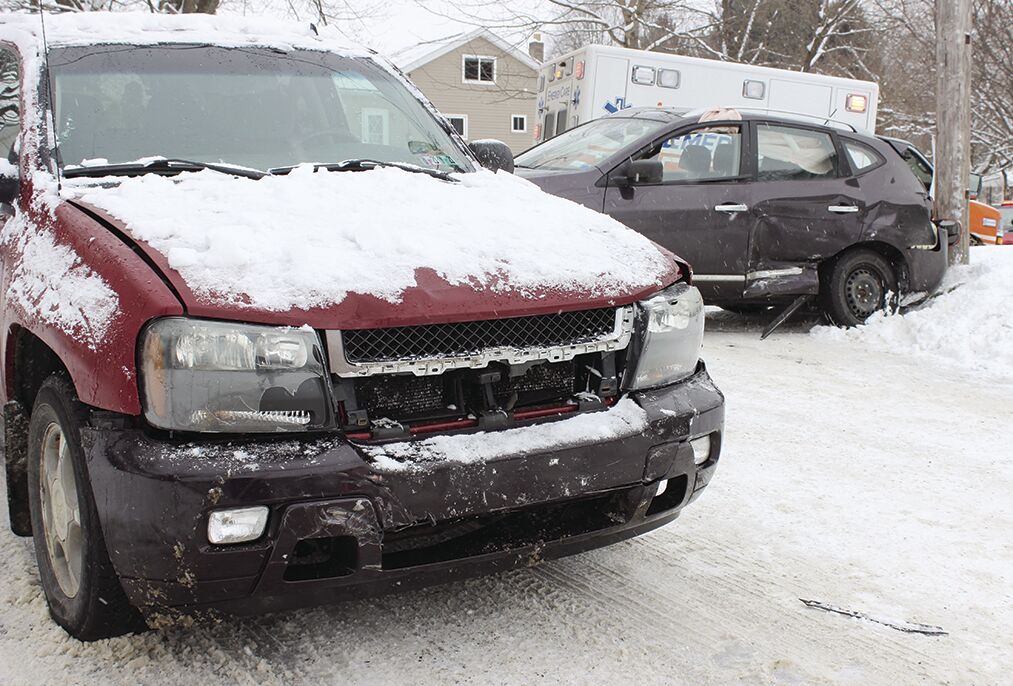 Corry City Police responded to a two-vehicle accident at the intersection of Duane and Worth streets at 11:49 a.m. on Tuesday. Accident investigation determined a 2015 Nissan Rogue, driven by Karen Lewis, 53, of Jamestown, New York, approached a stop sign at the intersection traveling eastbound and failed to stop. It caused a 2008 Chevrolet Trailblazer, driven by Elizabeth Jones, 56, of Corry, to strike the Nissan in the 8 o'clock position. The Nissan was spun 180 degrees and struck a telephone pole. The Nissan came to a rest facing westbound. Both vehicles were towed from the scene. Both drivers and the Nissan's passenger, identified as Lori Kayes, 48, of Jamestown, New York, were transported to Corry Memorial Hospital with unknown injuries. Lewis is to be cited for a violation of duties at a stop sign.