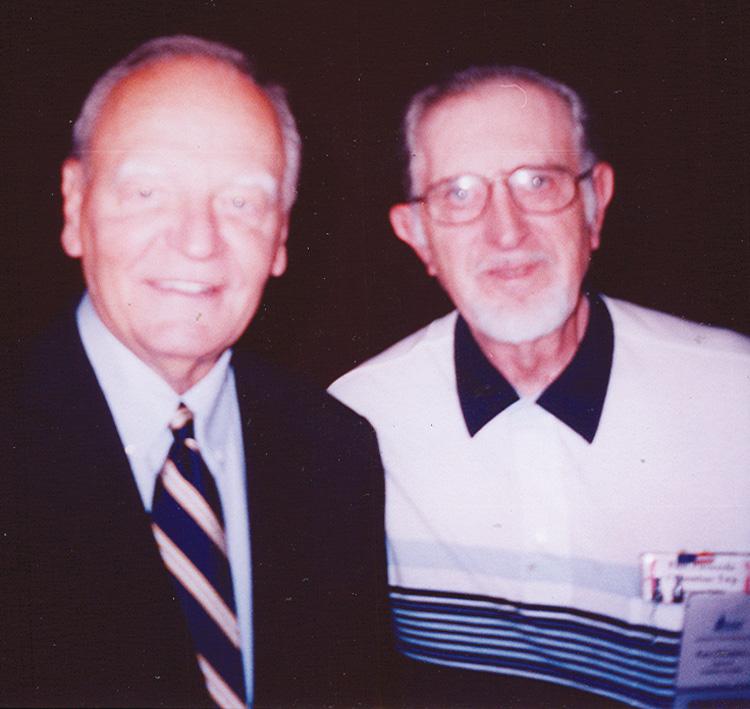 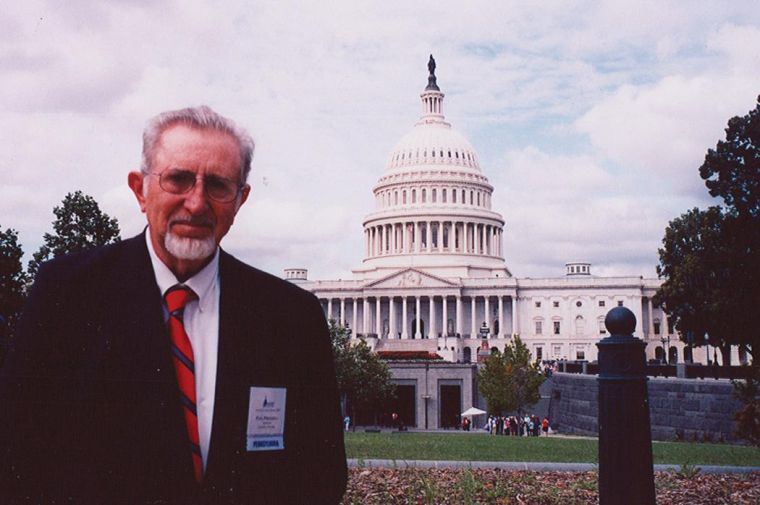 Columbus Township Supervisor Paul Pirozzola stands next to the Capitol building in Washington, D.C. Pirozzola recently visited the nation’s capital to participate in a National Association of Towns and Townships conference.

Columbus Township Supervisor Paul Pirozzola stands next to the Capitol building in Washington, D.C. Pirozzola recently visited the nation’s capital to participate in a National Association of Towns and Townships conference.

In an effort to bring more government dollars to small communities, a local supervisor recently traveled to the nation’s capital to make his voice heard.

Columbus Township Supervisor Paul Pirozzola recently took part in the annual conference of the National Association of Towns and Townships, a three-day event that brings small-town leaders together to discuss current issues with national leaders.

Pirozzola was one of 28 Pennsylvania supervisors and PSTATS (Pennsylvania State Association of Township Supervisors) delegates that traveled to Washington, D.C., Sept. 9-11.

The focus of this year’s conference was garnering support for a new bill that would give billions of dollars each year to local governments across the country.

Organizations like NATaT are seeking support for this bill as more and more small governments nationwide are facing devastating budget shortfalls as a result of the recent economic crisis.

“This would give direct federal funding to local governments for economic recovery,” said Pirozzola, who is also a member of the standing committee for PSATS townships under 2,000 committee. “It’s very similar to the 1970s and 1980s revenue sharing program.”

H.R. 3007, which was presented to conference attendees by Kanjorski, is modeled after the General Revenue Sharing Program that was in place from 1972 to 1986.

The new bill would create a three year, $30 billion trust fund with the U.S. Department of Treasury. The secretary of the treasury would allocate trust fund dollars to local governments based on a formula that factors in a community’s population, tax revenues and income.

The funds could be used for priority community needs including expenditures for public safety, environmental protection, public transportation, health, recreation, libraries, social services for the poor or elderly and financial administration.