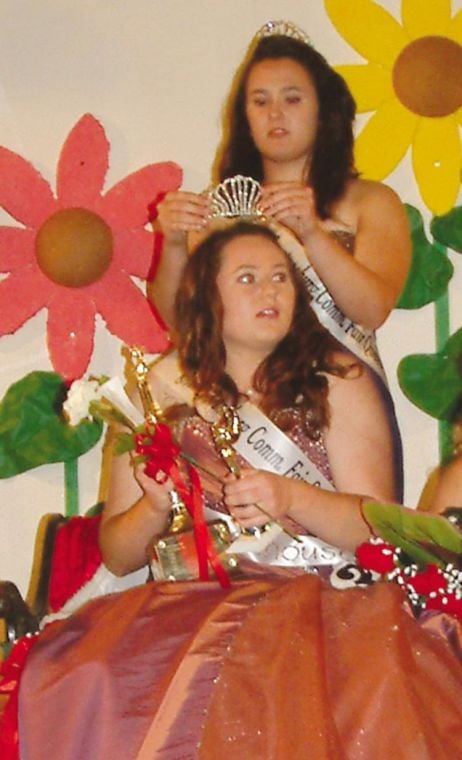 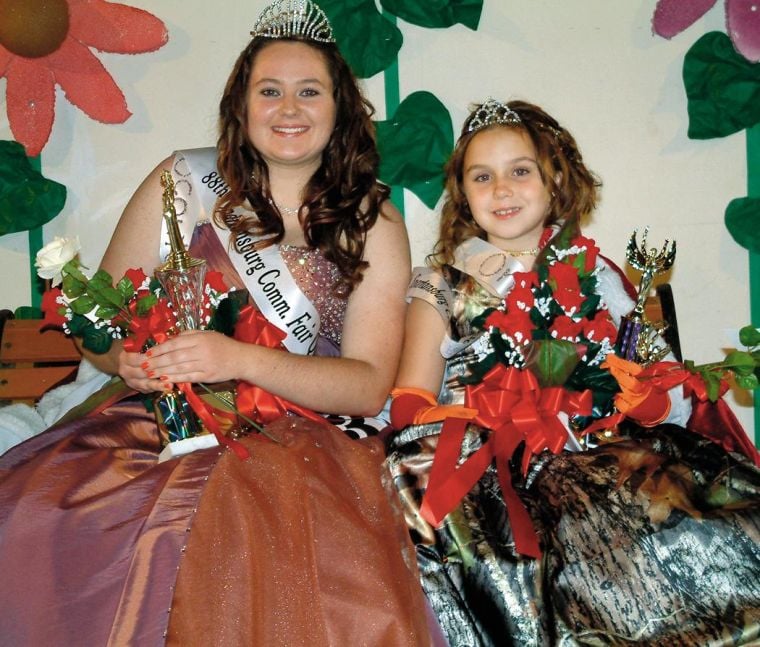 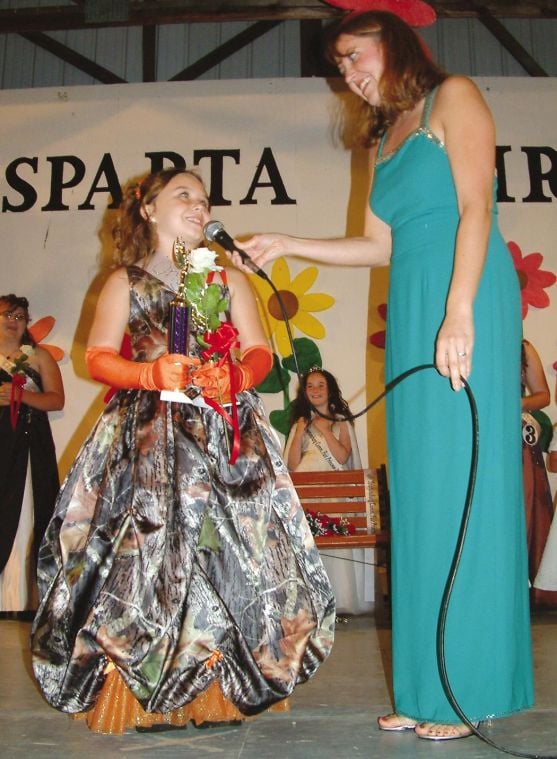 Ashley (Frink) Hellyer, right, emcee of the Spartansburg Community Fair Queen and Princess pageant, asks this year’s Princess winner Zoey Howell, how excited she is about winning the title.

Ashley (Frink) Hellyer, right, emcee of the Spartansburg Community Fair Queen and Princess pageant, asks this year’s Princess winner Zoey Howell, how excited she is about winning the title.

Big sister Rachel Cox, the 2008 Spartansburg Community Fair Queen, had the honor of presenting her with the crown.

Fair officials later confirmed this was indeed a first for the pageant to have a reigning queen hand down the title to a sister.

And that sister is ready to fill some big shoes.

“I’m going to do the best I can to outshine my sister,” Leah Cox said to the audience.

She will also travel to Hershey in January to compete for the title of Pennsylvania State Fair Queen.

In addition to the Queen title, Leah Cox was also named Miss Photogenic.

Amanda Cox, 18, and Leah Cox, 17, are the daughters of Steven and Amanda Cox.

Winning the 2009 Princess title was Zoey Elizabeth Howell, the daughter of Mike and Lacey Merrill.

She was crowned by 2008 Princess Morgan Monk.

“I’m very, very excited,” Howell said after being crowned. “I’m excited to go to all the fairs.”

Also in the Queen contest, the Miss Congeniality award — which is voted on by the contestants — went to Amanda Peterson, 17, daughter of Ryan Peterson and Laurie Cox.

Chelton, the daughter of Paul and Christine Chelton, was also named Miss Congeniality.

Shade is the daughter of Theresa Baccus and Les Shade.

As official fair representatives, Howell and Leah Cox will have several opportunities over the next year to travel and promote Spartansburg.

The duo will also participate in several hometown events, including Saturday’s fair parade that rolls through the downtown at 11 a.m.