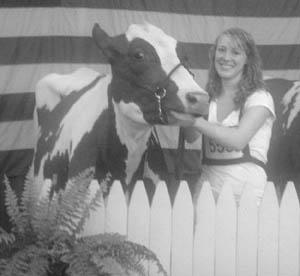 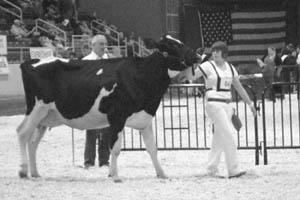 Contributed photo Showing her animal in the ring is Amanda Reynolds, who recently completed her 10 year 4-H career at the State 4-H Dairy Show.

Contributed photo Showing her animal in the ring is Amanda Reynolds, who recently completed her 10 year 4-H career at the State 4-H Dairy Show.

Warren County 4-H dairy members recently wrapped up the year by showing their animals at the Farm Show Complex in Harrisburg.

Members earned the right to attend the state show by first completing their dairy 4-H projects and showing their animals during the Warren County Fair.

Dairy members then had the opportunity to show at the district dairy show held in Crawford County on September 3.

Additional members showing and placing in their respective classes at the state show included:

• Mitchell Bauer from Corry, who placed seventh with his junior 3-year-old Holstein.

• Thatcher Bunce of Columbus, who placed sixth with his senior 3-year-old Jersey.

• Myla Curtis of Corry, who placed 13th with her spring junior yearling Jersey.

• Timothy Nordland of Columbus, who placed ninth with his junior 2-year-old Jersey.

• Dylan Riedel of Corry, who placed sixth with his spring junior Ayrshire calf.

• Amanda Reynolds of Pittsfield, who placed second with her junior 2-year-old Holstein.

4-H in Pennsylvania is coordinated by Penn State Cooperative Extension through the U.S. Department of Agriculture. 4-H programs are open to all boys and girls between the ages of 8 and 18 regardless of race, color, religion, sex, national origin, or disability.