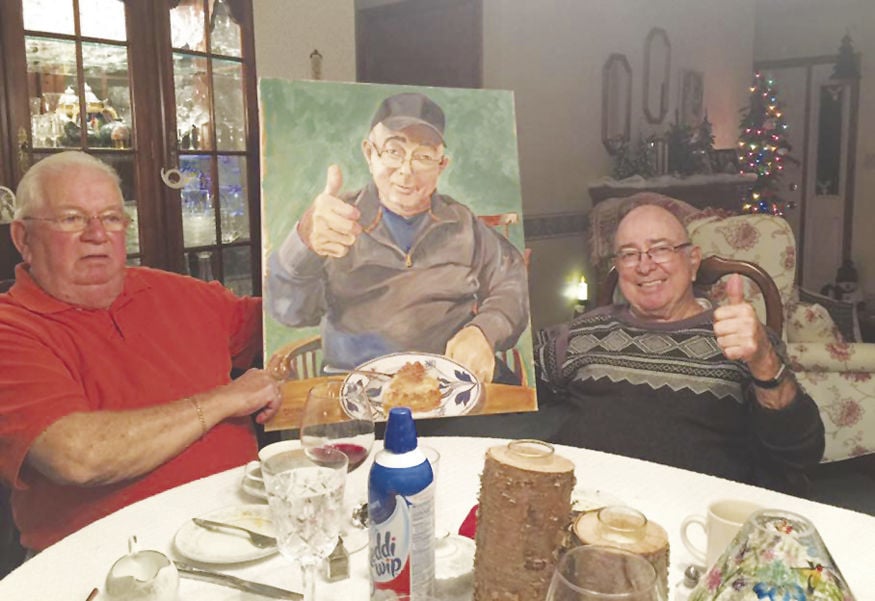 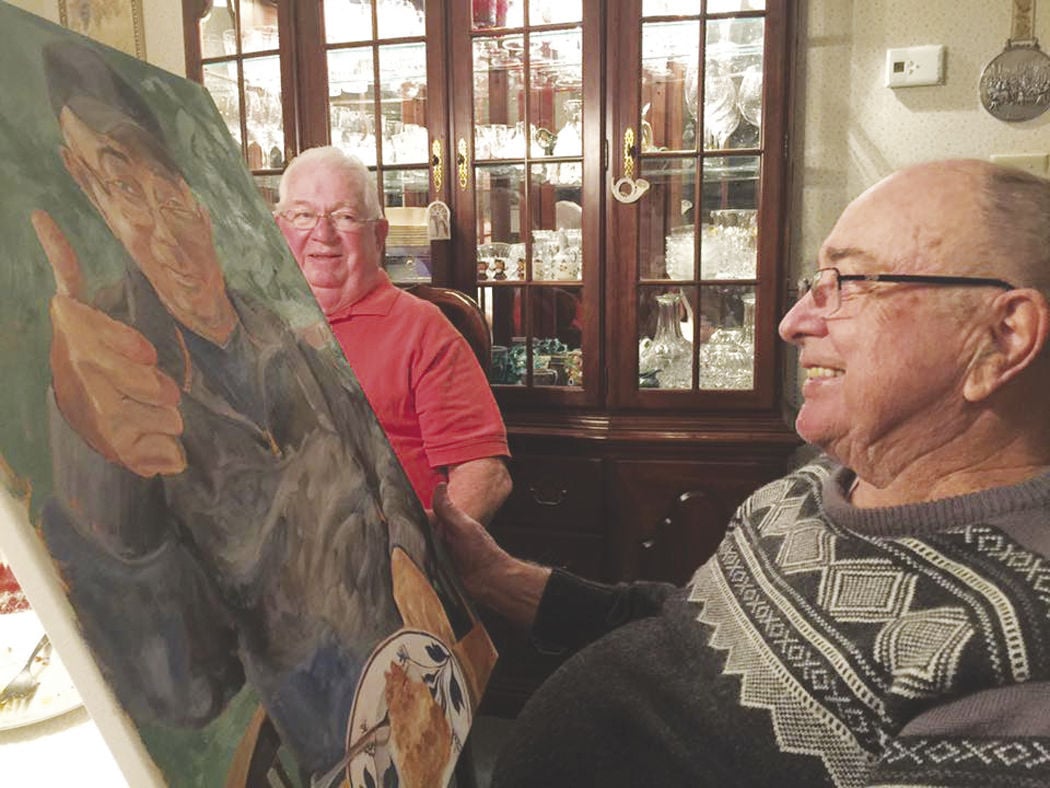 Columbus Township native Jill (McCoy) Burr recently commissioned her cousin, Thomas Slayton — a former Corry resident who now lives in Columbus, Ohio — to paint a portrait of her father, Columbus Township resident Jack McCoy. Burr gave her cousin some pictures of her father to use for his painting, but after hearing about a story involving the family’s famous apple pies, Slayton couldn’t resist an original idea he had for the artwork. McCoy, along with a few other senior heads of the McCoy clan, enjoy apple pie and usually offer an approval rating for each one presented to them. Burr, who does not often bake pies, recently decided to try her hand at creating the famous dish and submitted it for her father’s approval. After a taste test, McCoy gave the pie a thumbs up. Burr captured a picture of her father’s reaction, and after that picture got into the hands of Slayton who could appreciate how special Burr’s approval rating was, he knew he would turn it into a portrait. Above, the painting was presented to McCoy, right, on Thanksgiving, which he also gave a thumbs up. Slayton’s father — Earle Slayton, left, brother-in-law of McCoy — was there for the presentation. Below, McCoy takes a closer look at his likeness.