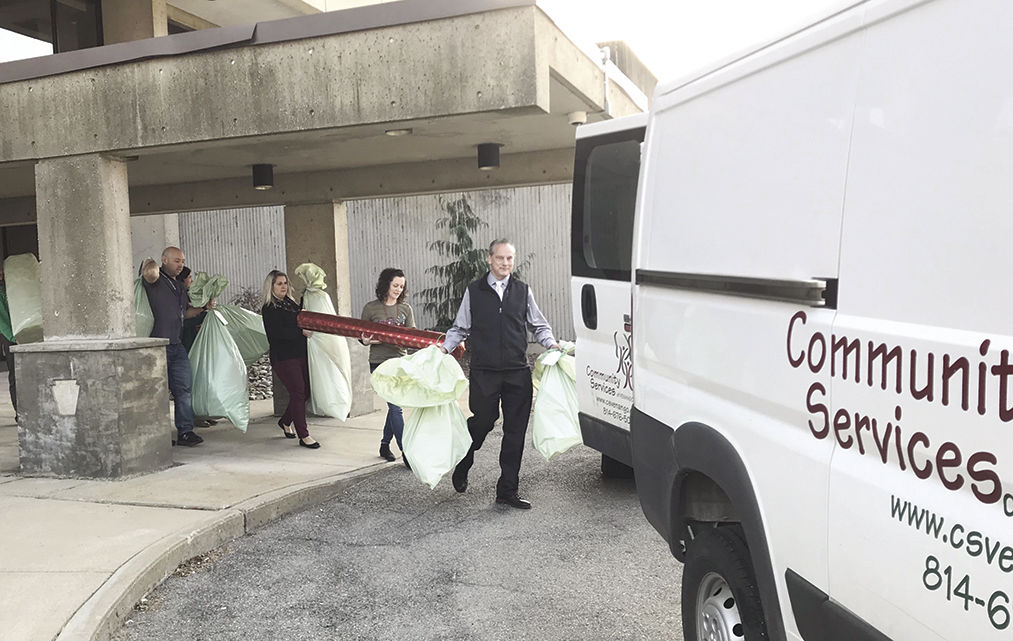 PennDOT employees, led by District Executive Jim Foringer, carry items purchased for the Community Services of Venango County Adopt-a-Family project. The donations capped off a year of giving by PennDOT employees across the northwest region. 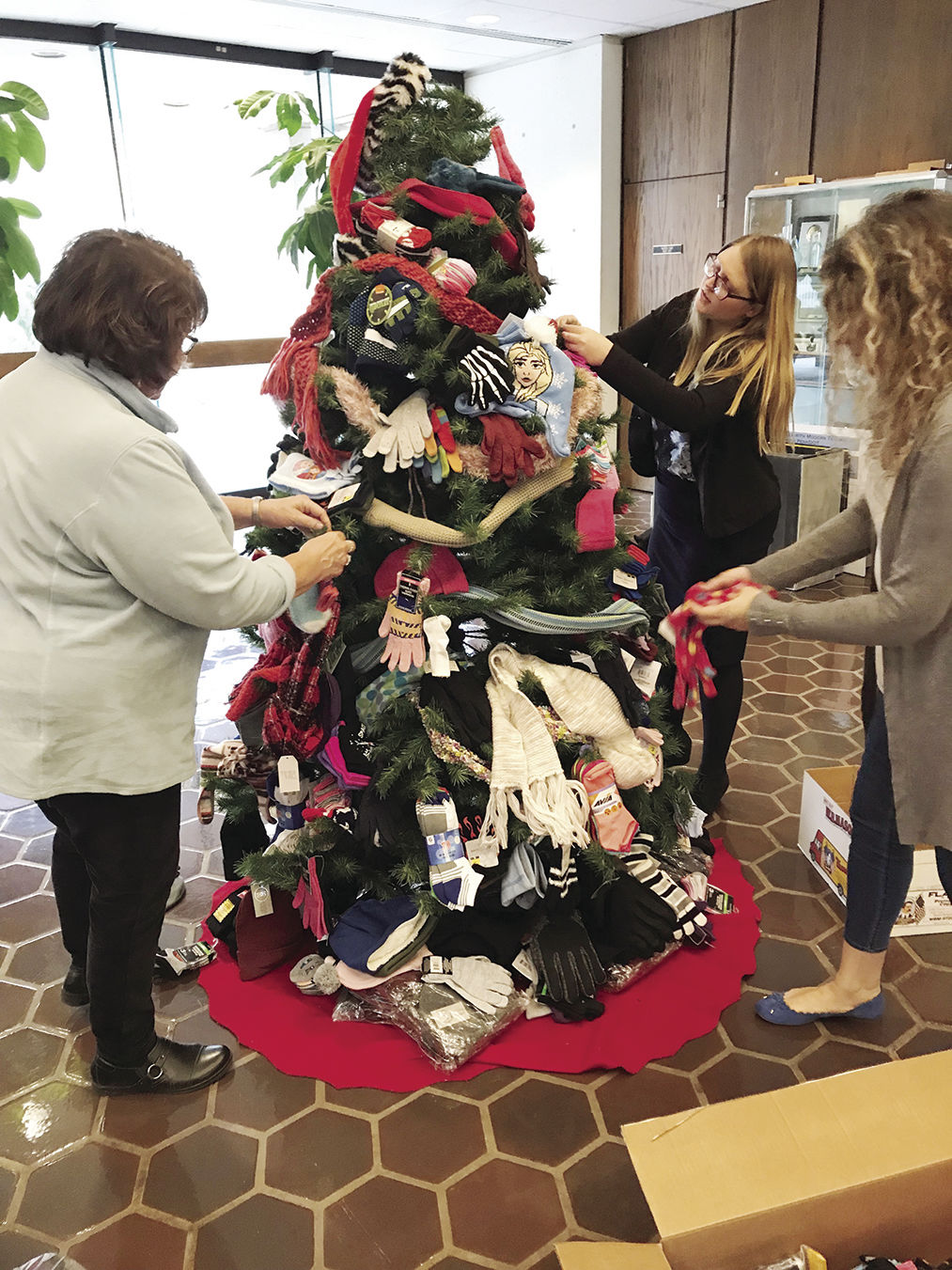 PennDOT employees remove hats, gloves, and socks from a tree where the donations were used as decorations for the annual charity drive. More than 800 items were gathered to be distributed by the Oil City Salvation Army and the Oil City School District clothing closets.

OIL CITY - Employees at the Pennsylvania Department of Transportation's (PennDOT) northwest region celebrated the holiday season and capped off a year of giving by donating hundreds of items to numerous organizations.

A similar effort was undertaken in the Warren and Forest counties, where PennDOT maintenance employees gathered funds and gifts for a family of five.

"Every day PennDOT employees show their dedication to their community through the work they do. These efforts on behalf of charities are another great example of their dedication to serving their neighbors throughout the year," said Jim Foringer, P.E., District 1 Executive.

The gift drives are one of several holiday traditions that give PennDOT employees an opportunity to combine efforts to serve the community.

Following Thanksgiving, employees in the Oil City office were invited to decorate a Christmas tree in the lobby with winter gloves, mittens, scarves, hats, and socks. More than 800 of those items were donated by employees for distribution by the Oil City School District clothing closets and the Oil City Salvation Army.

Also housed in the lobby was a large box where employees could leave pet food and other supplies for the Venango County Humane Society. As of Friday, the container was overflowing with donations.

Warren County employees were among those who stepped up in November to help the Paws Along the River Humane Society after that organization rescued 39 dogs from a single residence. PennDOT works came together to provide several boxes of supplies needed to care for the animals, including food, cleaners, treats, toys and towels.

Earlier in the year, 287 PennDOT workers from throughout the district, which serves Crawford, Erie, Forest, Mercer, Venango and Warren counties, donated toward the State Employees Combined Appeal, a statewide charity fundraiser. Almost $34,000 was donated for distribution among various charities.

PennDOT employees also held a food drive in late summer and gathered more than 1,042 items for Community Services of Venango County. Blood drives were also held throughout the year, with 49 units of blood donated. A collection drive was also held to the PPC Violence Free Network Women's Shelter.